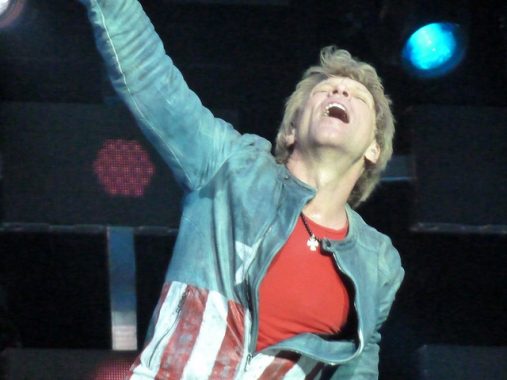 Bon Jovi are working on a new record and although it remains unclear when it will be coming out, it’s highly likely that it will be next year before it drops.

The clue is definitely in the title with this release as Jon Bon Jovi has revealed that it will be called Bon Jovi: 2020.

According to Variety, frontman Jon Bon Jovi informed fans during a show on his Runaway to Paradise Mediterranean cruise.

According to the singer, the record’s songs ware inspired by today’s headlines. “It’s an election year, so why not?. I couldn’t do any worse.”

According to the chart-rocker, the record handles such topics as vets suffering from post-traumatic stress disorder and the mass shootings that has haunted America.

Bon Jovie says he’s “very happy with it,” and said it’s a “different record” than fans are used to, considering the subject of their previous effort.

“This House Is Not for Sale dealt with personal matters, and now it’s behind us. Now I have clear vision moving forward,” he said.

According to Variety, during a recent Q&A session, a fan questioned him which songs he wished he’d penned.

The singer said every song by the Beatles, “Born to Run” by Bruce Springsteen, “The Boys of Summer” by Don Henley and “Pride (In the Name of Love)” by U2. The question inspired the frontman to perform a rendition of Leonard Cohen’s “Hallelujah.”

Aerosmith Demands Trump To Stop Playing Their Songs At Rallies

The Internet Pleaded For Weezer to Cover Toto’s ‘Africa,’ So They...