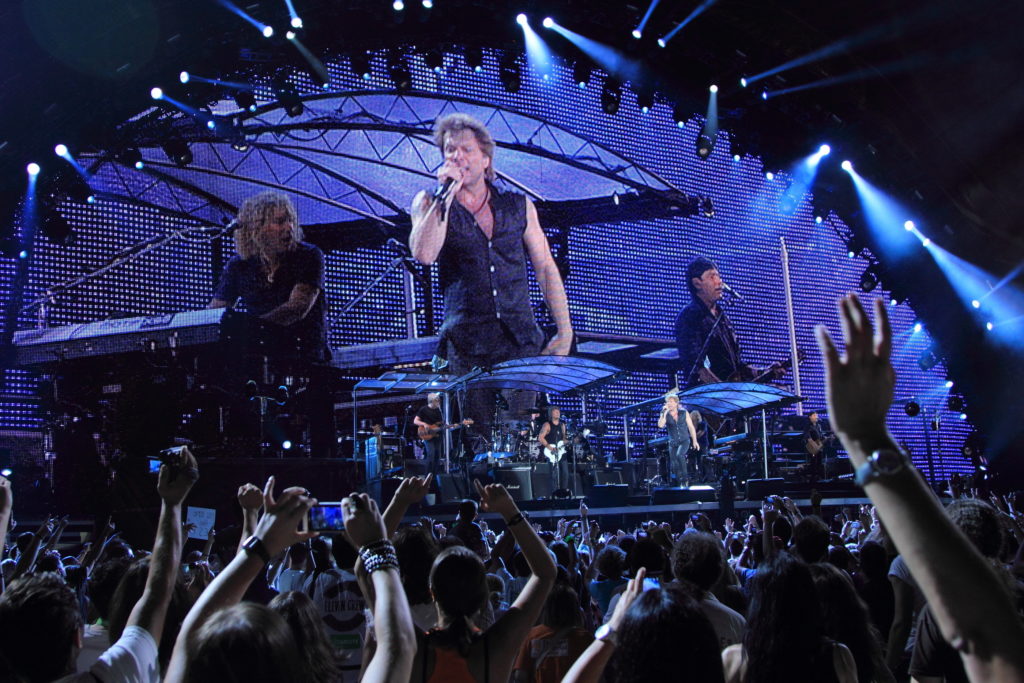 Bon Jovi is set to perform in Ireland again via a one-night only live to screen concert shown at three Irish venues this summer – Leopardstown Racecourse Dublin, Slane Castle and Cork Racecourse.

Billboard reported, “The never-before-seen concert will be broadcast at venues around the world including approximately 300 drive-in and outdoor theaters across the United States, Canada and Ireland, and select indoor cinemas around the globe.”

.@BonJovi has a new concert coming to the big screen! 🎸 pic.twitter.com/6l1mbDOErG

The world premiere gig on May 22nd, will be a previously unreleased concert in partnership with Encore Live as part of the Encore Drive-In Nights 2021 concert series.

The Encore Drive-In Nights 2020 series featured concerts by Metallica, Blake Shelton, and Gwen Stefani, among others.

Each Irish venue is limited to 250 tickets per screening for the gig which will mark the band’s first drive-in concert and will feature all of their hits including Livin’ on a Prayer, It’s My Life, Always and more.

Each ticket admits a car and up to five passengers and are on sale from April 28th at 5pm from here.

Encore Drive-In Nights CEO Walter Kinzie said in the announcement, “Bon Jovi is a global icon and we’re so happy that the band will be launching our 2021 concert season! The pandemic has taught us that there are new avenues for live entertainment and this model is one of the safest and most innovative options for world-class, fun events for the whole family. There are millions of fans who don’t usually attend live shows, whether it’s because they live far away from the big touring arenas or because of the cost. Artists can now connect with these fans in a completely new way.”

A number of safety measures will be in place at the event, with hand sanitiser available, tickets scanned through car windows and contactless payment options available. Toilets will also be cleaned after every use.

Tickets are priced from €55, plus a booking fee.

Encore Drive-In Nights featuring the one and only @bonjovi will air at drive-in theaters across the United States and Canada on Saturday, May 22. 🤘🎸⚡