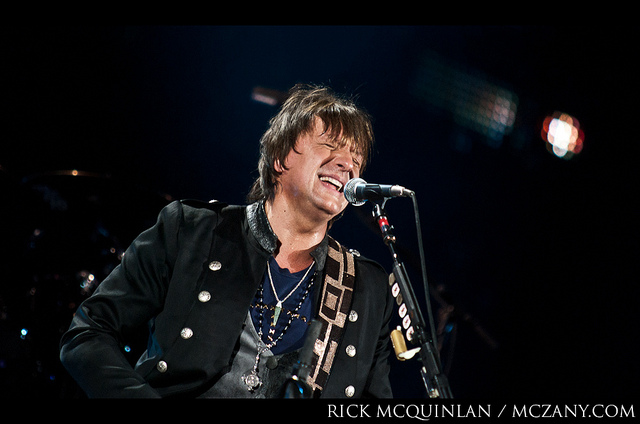 Richie Sambora has talked about auditioning for Kiss before joining Bon Jovi.

The musician said of the experience, “I was more into [Led] Zeppelin, Eric Clapton, Bob Dylan, B.B. King, Albert King and Johnny Winter and stuff like that which was totally different to Kiss so I wasn’t really that into the idea of joining the band. I just thought it`d be a good thing to go along and give it a go,” adding, “I didn’t feel like wearing any of their makeup, that`s for sure.”

Sambora went on to join Bon Jovi and is currently recording music as part of a duo with his girlfriend, Orianthi. Speaking of his new project, the musician said “We have two albums already recorded and we intend on staying out on the road for a while so people can understand that we are a viable entity,” Adding, “We have to go and visit everybody and play for everybody so really there is no time for me to consider a new solo record. All I`m concentrating on at the moment is working, recording and touring with Orianthi.”