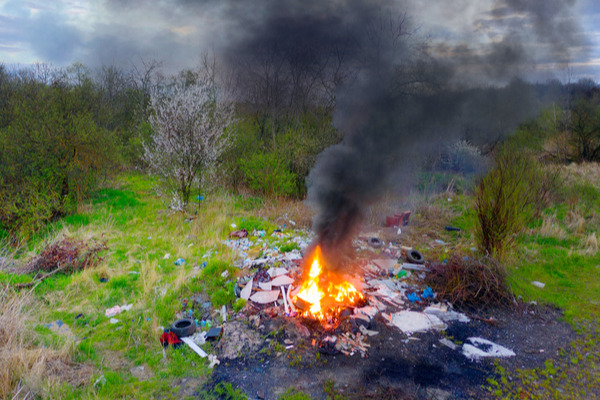 Halloween callouts were down 50% as Dublin Fire Brigade (DFB) receive 186 fire calls, of which 133 were bonfire related. Although fewer than previous years, emergency services still had many incidents to attend to, including one man injured by a firework.

Firefighters attended a blazing scene in Killiney where petrol had been thrown over a bonfire, with smoke from a Leopardstown fire reducing visibility on the M50. Gas cylinders were found in a smouldering Clondalkin fire, while crews had to put out a car in Liffey Valley after it was driven onto a bonfire.

The majority of our #Halloween fire calls have now been dealt with. Earlier firefighters extinguished a car that had been driven onto a bonfire in Liffey Valley. #SafeAtSamhain #halloween2021 pic.twitter.com/PUmPZOPJxd

Despite the aforementioned incidents, it is a lower rate than previous years with DFB assistant chief fire officer, Greg O’Dwyer giving a number of reasons. Speaking on Newstalk radio, O’Dwyer said, “The weather obviously kept people in, but it was down to really the local authorities doing fantastic work.

“Clearing stockpiles of materials, bonfire materials, over the last number of weeks and members of the public playing their part in that too by reporting those. Also, a lot of people are deciding to do the responsible thing and go to organised events.”

People have been urged to report materials such as tyres and pallets that are being collected ahead of Halloween, with a major fire starting in the city centre in 2019. According to Dublin Fire Brigade: reports of a bonfire stockpile set alight led to a building fire that took 4 fire engines to extinguish at Leonards Corner / Clanbrassil St.

Dublin Fire Brigade tweeted: “The majority of our Halloween fire calls have now been dealt with. Earlier firefighters extinguished a car that had been driven onto a bonfire in Liffey Valley. Working closely with Gardaí, a large bonfire was extinguished and removed in Crumlin tonight. While we wanted everyone to enjoy their celebrations, if a fire was dangerous, we would intervene to extinguish it.”

As well as a number of bonfire incidents, there were also reports from fire fighters of a large number of fireworks being set off. One man in the north of the city suffered a hand injury from a firework going off in his hand. The DFB report that they had responded to 49 fire calls by early Sunday evening, 21 of which were Halloween related. Sunday’s weather is said to have helped make it a quieter Halloween night than usual.

Our fire engine from Tara Street fire station responding to a 999 call in the city centre.

So far tonight, one person has been injured by a firework. #SafeAtSamhain #halloween2021 #Halloween pic.twitter.com/CTEbWR8a1V