Home Entertainment News Bono Reveals He Has A Secret Half Brother 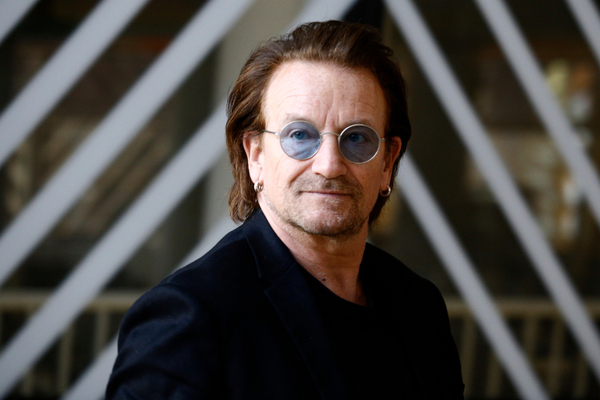 He discussed the deeply personal secret in a Desert Island Discs show and spoke of finding forgiveness and peace.

The U2 frontman’s half-brother was born after his father had an affair while living at home in Dublin with Bono, his brother Norman and their mother.

Bono discussed the discovery, and tells how he finally resolved his difficult relationship with his late father, a postal worker Brendan “Bob” Hewson.

The interview is part of the promotional run up for the release of his memoir.

“I do have another who I love and adore,” he tells Lauren Laverne on BBC Radio.

Nobody knew about this secret, he said, including his mother Iris who died in 1974 after an aneurysm at her own father’s funeral when the singer was 14.

Learning of the existence of a half-brother, and of the romance, has helped Bono make sense of his father’s behaviour at the time of the sudden death of his mother, Iris, when Bono was 14. His father died in 2001.

“It was a complicated relationship with Bob,” Bono said. “I’m sure I was hard to deal with and the annoying gene would have been very present.

“I subsequently found out that he was coping with other stuff in his own life. I feel I wasn’t there for him in the way I should have been.

He spoke how he struggled with guilt over how he handled his relationship with his father.

“He was very droll, very funny but it got rough, [we] boys would be scrapping. I apologized to my father in a little chapel in France after he passed away. I went up to this little chapel, there was nobody there and I lit a candle and I got on my knees and said I’m sorry I wasn’t there for you, you went through a lot. And I felt free.”

Also in the interview, Bono addressed criticism about his bands tax affairs.

“At the root is a false idea that if you are tough-minded in your activism you somehow have to be soft-minded in your business. It would be immoral to be dismissive of those things. It is actually your fiduciary duty … to control costs. There are lot of reasons not to like our band and this is not one of them. We pay a lot of tax and are very proud to pay tax. So it is, like, really?”