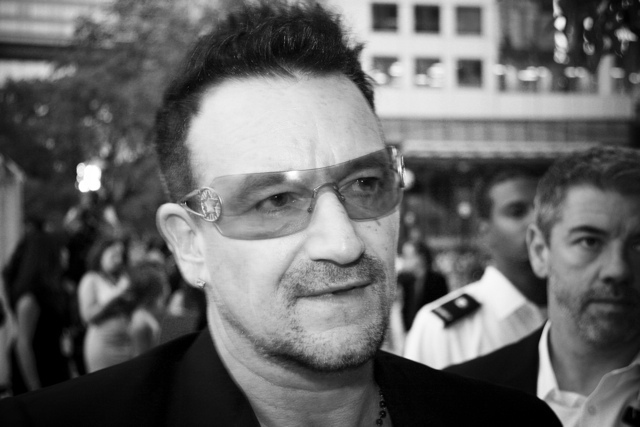 U2 ‘s Bono claims he “nearly ceased to be” in an experience the singer described as ‘life-threatening,’ but has said that he wouldn’t share the details of what had happened to him.

In a new interview with the Sunday Times, Bono referred to his cycling accident back in 2015 as a “brush with mortality” but then claimed there was another incident as well. Speaking to the NME the singer said, “It was pretty serious. I’m all right now, but I very nearly wasn’t. I’ve had a lot of warnings. A fair few punches over the last years.”

He continued, “there were some serious whispers in the ear that maybe I should have taken notice of. The Edge says I look at my body as an inconvenience, and I do. I really love being alive and I’m quote good at being alive, meaning I like to get the best out of any day.”

The singer remarked that the incident signalled the “first time I put my shoulder to the door and it didn’t open.” “I feel God whispered to me, ‘Next time, try knocking at the door, or just try the handle. Don’t use your shoulder because you’ll break it,’”.

In the sleeve notes to U2’s most recent record, Songs of Experience, Bono said a “major moment” had inspired some of his lyrics. “I was on the receiving end of a shock to the system,” he noted. “A shock that left me clinging on to my own life. It was an arresting experience. I won’t dwell in it or on it. I don’t want to name it.”

U2 were forced to cancel a show in Germany last month after Bono suffered a “complete loss of voice,” thought to be the result of the permission of smoking allowed in the venue. He later confirmed he’d suffered no long-term effects and offered his gratitude to the audience for singing along to cover him while he struggled with the loss of his voice.

‘A Foreigners Journey’ To Play The Button Factory On May 5th