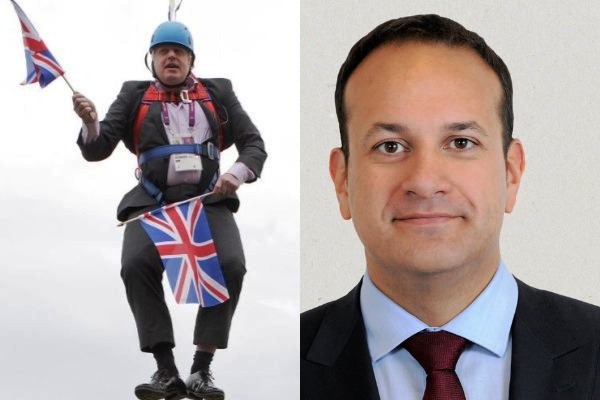 Boris Johnson has told the EU the backstop is a ‘bridge to nowhere’ as he outlined his plans to replace it.

The British Prime Minister has sent his plans to the European Commission saying it would be a failure of statecraft if they can’t reach a deal.

Under Boris Johnson’s plan Northern Ireland would keep some EU rules – on agriculture, food and goods.

But it would leave the customs union with the rest of the UK – and that means customs checks between North and South.

Johnson says most of that can be done electronically, and that only a small number of checks would be needed.

He proposes doing that at traders’ premises – or ‘other points in the supply chain’, which sounds like the customs centres the EU wants to avoid.

Johnson has got the DUP on board by promising the Stormont Executive would get to approve this arrangement next year, and then vote on whether to keep it or align more closely with the rest of the UK every four years.

He also spoke of a new deal for Northern Ireland – which suggests a big cash investment.

A lot of the detail is wooly on the border question, and unlikely to be accepted outright.

Officials there hope it can be a starting point for serious negotiations in the next two weeks, and Johnson has said it provides a broad landing zone for a deal.

But the Taoiseach was briefed on this yesterday, and has suggested it won’t fly.

M7 In Kildare To Partially Close This Weekend