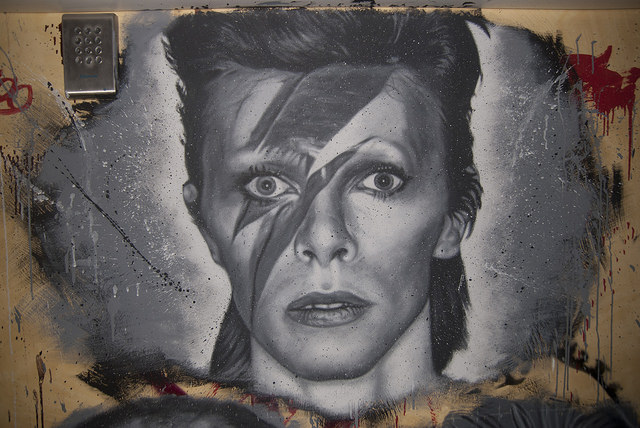 The single which was co-written with John Lennon in 1975 is going to be reissued as a limited edition picture disc on July 24th. The track which originally featured on Bowie’s album Young Americans, will be backed by an alternate mix of his song ‘Right’. ‘Fame’ was Bowie’s first Number One single in the US.

Bowie is currently working on a new stage show entitled Lazarus which is co-written by Irish playwright Enda Walsh. The show is based on Bowie’s 1976 film The Man Who Fell to Earth where he played an alcoholic alien named Thomas Newton.

Lazarus project director Ivo Van Hove has praised the music Bowie has written for the new show saying “Some of the songs sound as if you heard them forever – like classics. There are romantic songs – because his songs are deeply romantic – and there are songs about violence and the ugly world surrounding us. That’s what these new songs are about.”

Lazarus is set to premier at the New York Theatre Workshop in December.

Radiohead VS Lana Del Rey… What The Hell Is Going On?