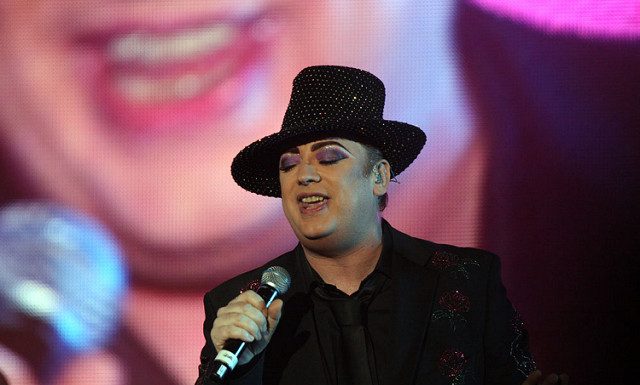 Singer Boy George has said that he thought his time behind bars would “finish him off”.

The Culture Club star was sent to prison for 15 months in 2009 for imprisoning a male escort. The singer was released after four months for good behaviour. He served the rest of his sentence under curfew, wearing an ankle bracelet.

The Culture Club frontman also had a brush with the law in 2006. He was sentenced to community service after police found cocaine at his home in New York.

Boy George has described his time spent in prison in 2009 as “life changing”. He also told Reader’s Digest, “I always maintained that jail would finish me off, but it didn’t. You somehow find the strength”.

“Yet at the same time they remind me that I hadn’t shaken off that nihilistic attitude of the past, nor would I ever want to. And every mistake is a positive life lesson. It really is.”

Boy George also said that his time in prison inspired him to drastically change his lifestyle.

“Getting clean from the haze of drugs transformed my life in ways I didn’t expect”, he said.

Boy George achieved great success with Culture Club in the 1980s, which included hits such as “Karma Chameleon” and “Do You Really Want To Hurt Me”. Check both of these tracks out here.