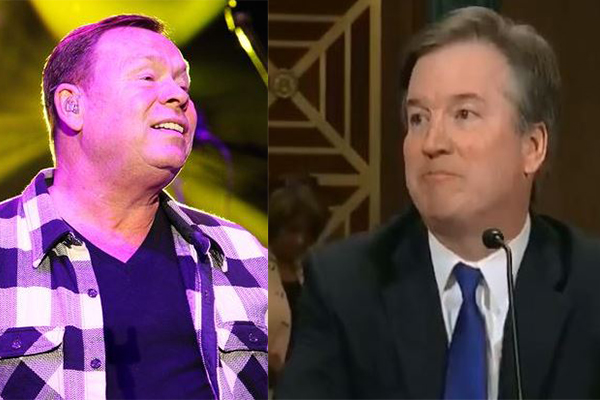 According to reports, Supreme Court nominee Brett Kavanaugh got into an altercation with a person in a bar he mistook to be UB40 singer Ali Campbell.

While studying at Yale, Kavanaugh got into a bar fight with a punter he mistakenly thought to be UB40 singer Ali Campbell. The New York Times received a police report of the incident, which happened at a local Yale bar in 1985.

One of Kavanaugh’s college friends Chad Ludington, told the New York Times that the fight occurred after attending a UB40 concert. Kavanaugh believed one of the bar’s customers was UB40 singer Ali Campbell.

Police questioned Kavanaugh and four other men, and Kavanaugh “did not want to say” whether he threw the beer. He was not arrested. Maybe Kavanaugh should lay off the red red wine.