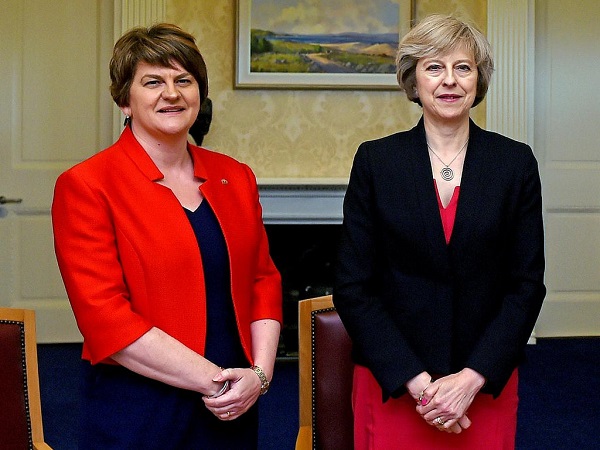 Theresa May is trying to push the Brexit deal forward as she needs to win over the DUP, following an agreement on how to deal with the border post Brexit was blocked.

Theresa May is currently battling to salvage a draft deal which the DUP blocked yesterday because the party maintain the draft agreement on the deal contains too much ambiguity.

It’s thought the British Prime Minister could travel to Brussels tomorrow for the second time this week for emergency Brexit talks.

Earlier today the Tánaiste, Simon Coveney, warned that one political party cannot be allowed to dictate the terms of a deal.

This morning Mrs May met her Cabinet to explain what went wrong and now the British PM has a difficult situation on her hands as Tory back-benchers rally to support the DUP’s insistence that Northern Ireland would not be treated as a separate entity to the U.K post Brexit.

Jacob Rees-Mogg, a prominent Brexiteer said: “We are not going to trade on distinctions between Great Britain and Northern Ireland. That would be completely intolerable. We are the Conservative and Unionist party after all.”

Iggy Pop Calls For Legislation To Save Big Cats

Whistleblower McCabe Says It’s His Word Against Mine