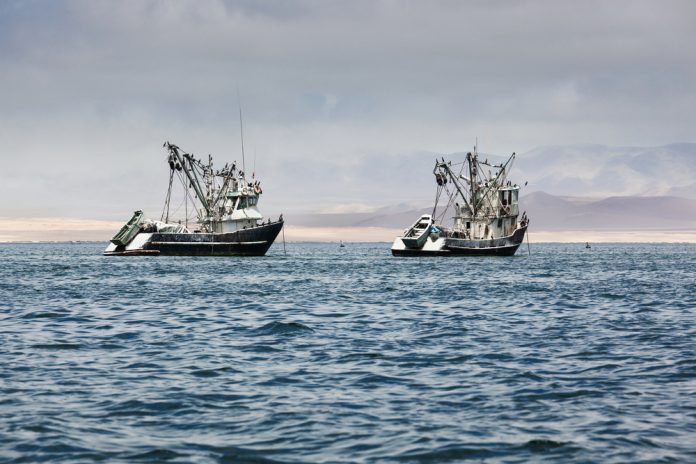 A fresh Brexit row has erupted after claims from the DUP that the Irish Government instructed a ‘warship’ to apprehend two trawlers off Dundalk.

Nigel Dodds is the deputy leader of the DUP and he’s demanding answers from the Taoiseach. Mr Dodds wants to know why Northern Irish-registered vessels were “impounded by an Irish Navy warship”.

Mr Dodds accused the Navy of “heavy-handed tactics”. Mr Dodds went on to say Ireland are “fair-weather friends” as he explained,

“If they have been holding back as some bargaining chip on Brexit, then it utterly exposes the Irish faux concern about a hard Border on the island of Ireland,” he said.

In a statement last night, the Department of Defence described what happened as “a routine operation”. According to the Sea Fisheries Protection Authority (SFPA) the boats were impounded for alleged illegal fishing in Irish waters.

The UK Department for Environment, Food and Rural Affairs said it could not accept the “current unequal application” of the Voisinage arrangement. That’s a two way understanding between the UK and the Irish Republic since the 1960s permitting vessels from the North to fish in Irish inshore waters as well as vice-versa.

The case has highlighted an ongoing fishing dispute caused by the demise of an informal deal between the UK and Irish governments. The Voisinage agreement ran into trouble in late 2016 when a number of Irish fishermen brought a case to the Supreme Court and then totally collapsed months after the Brexit referendum.

WWE Chief Vince McMahon Steps Down Amid Allegations Of Misconduct Over...