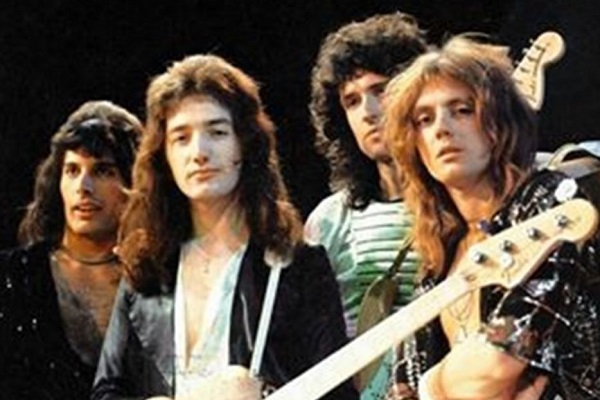 Queen axeman, Brian May has stated the force of Queen’s music stems from the creative tension between the band’s huge personalities.

However, he also said that as a result of that incendiary environment, it meant they were always close to breaking up.

The band’s illustrious back catalogue has returned to the spotlight thanks to the massive success of the biopic,  Bohemian Rhapsody.

According to UCR, the film about frontman Freddie Mercury is the most successful music biopic of all time. May discussed the band’s dynamic in a new Guitar World interview:

“The songs are the main pillar, but that’s a very complex area in itself. Those songs were generated during periods of stress. We were very fortunate to have a strong combination of personalities.” 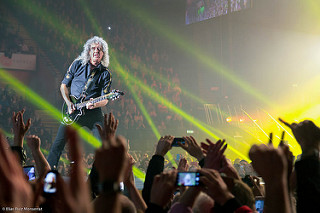 May continued, “But I think we were always on the verge of breaking up. Oddly enough, that’s where we got our strength because we were pulling in different directions. We had four varied talents between us.”

May said that Queen’s unique sound was a result of diverse influences and especially:

“The Beatles built our bible as far as musical composition, arrangement and production went,” May cited The White Album as “a complete catalog of how you should use a studio to build songs. ‘Happiness Is a Warm Gun’ and ‘Dear Prudence’ are blinding examples of how music can be like painting a picture on a canvas.”

The guitarist also reflected on the difference in terms of working processes between the two legendary bands,

“In a sense, the Beatles were unburdened because they didn’t have to play the songs live. We became passionate about building stuff in the studio but also making it come to life on a stage.”

May recalled the early years of attempting to become a full-time guitarist, which were problematic as it required secret rehearsal sessions! That was because “the policy of the school was that guitar playing was immoral and illegal – it was the work of the devil.” 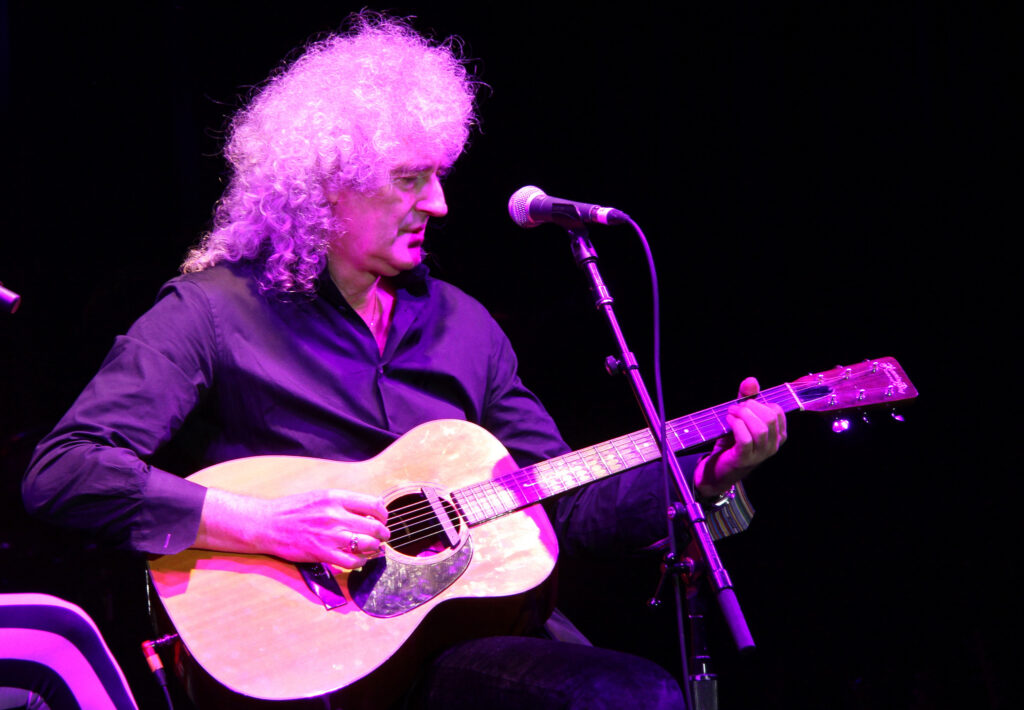 Perhaps the most difficult time came when May revealed to his mainly supportive dad that he wanted to go pro: “He was violently against it. He was heartbroken I was considering giving up everything he thought that was going to secure my future.”

“And everything that he felt he had made sacrifices to enable me to do. It was a very emotional thing, and we hardly spoke for about a year and a half.”