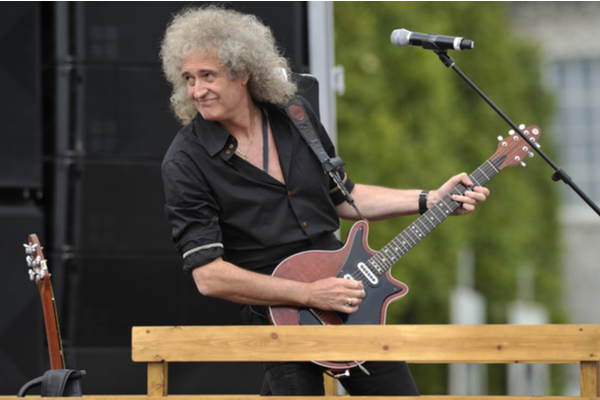 Brian May is not happy with a decision taken by organisers of the Brit Awards and has cast his criticism. Organisers have decided to move the awards away from traditional male and female categories and May feels this is an attack upon liberty and human rights.

Opening up in a remarkable interview with The Mirror, to the delight of the UK’s right wing tabloid press, Brian moves beyond talking about the music event, and discusses the decision. The guitarist views it as somehow emblematic of an ‘end of days’ assault on personal freedom, with potentially dire consequences for humanity. May references an “atmosphere of fear everywhere because people are afraid to say how they really think” and warns “there will be some kind of explosion.”

According to Brian, he fears for the band if they had been starting out today as, Queen would no longer be considered diverse enough to receive recognition, in the current cultural climate. The guitarist imagines the existence of some totalitarian regime imposing their will upon musicians seeking to form new bands. May feels that the band “would be forced to have people of different colours and different sexes and we would have to have a trans [person].”

Brian feels one who would not be so welcome of the new regime would be late Queen vocalist Freddie Mercury. May said Freddy would not have welcomed the emergence of this new world order that he has just now imagined into existence.

“Freddie came from Zanzibar, he wasn’t British, he wasn’t white as such – nobody cares, nobody ever, ever discussed it,” Brian articulated. “He was a musician, he was our friend, he was our brother. We didn’t have to stop and think: ‘Ooh, now, should we work with him? Is he the right colour? Is he the right sexual proclivity?’ None of that happened, and now I find it frightening that you have to be so calculating about everything.”

If his comments are understood properly, and not misrepresented somehow, you can catch Brian May and Queen when they resume their postponed Rhapsody tour in Belfast, May 27th. According to daily rock news site, Hennemusic, the British rock group are also set to rerelease their 2015 vinyl boxset, The Studio Collection. Due to the overwhelming demand of fans, a limited supply of the collection had been remanufactured for a November 12th reissue.