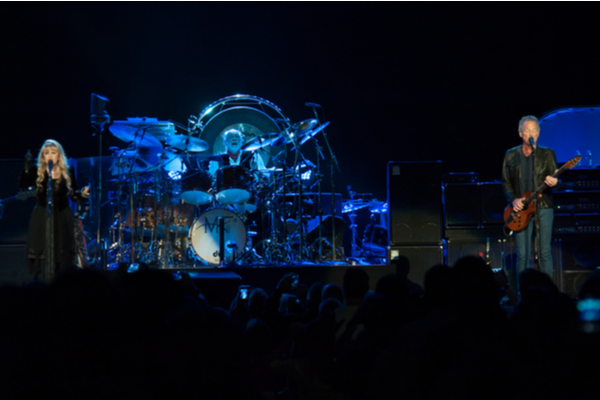 With almost twenty years since their last 2003 album, Say You Will, Fleetwood Mac fans have been deprived of a new material. Former guitarist, Lindsey Buckingham, may know just who is behind their lack of motivation as he points the finger at Stevie Nicks.

In a recent interview with Classic Rock, Buckingham reveals that he “had a bunch of songs” in 2012, with work starting on a new album. Buckingham explains that he, Mick Fleetwood, and John McVie “cut a bunch of stuff” with producer, Mitchell Froom, before Christine McVie returned to the band in 2014.

“We very much wanted to draw Stevie in, and for some reason she refused to participate.” Buckingham further alleges that Nicks had “gotten a little bit disoriented in her wanting to pursue Stevie Nicks in capital letters, if you will. I think she kind of lost track of her writing a little bit, and maybe didn’t think she had anything she felt she could offer, and so did not want to be a part of it.”

With Christine McVie rejoining Fleetwood Mac, Buckingham had hopes of a renewed interest from the Stand Back singer. However, this was not to be as the guitarist explains that “it was like, ‘Well, Christine’s back, maybe now Stevie will want to do this’.

“Christine had a bunch of song ideas and I helped her with those, and we eventually went in the studio and cut those. And we were still hoping to make that a Fleetwood Mac album, and Stevie wouldn’t do it. That became the duet album that Christine and I did (2017’s Lindsey Buckingham Christine McVie). So, it wasn’t for lack of trying.”

Finally breaking her silence this year, Stevie released her own statement on the matter by claiming Buckingham’s “version of events is factually inaccurate, and while I’ve never spoken publicly on the matter, preferring to not air dirty laundry, certainly it feels the time has come to shine a light on the truth.”

Following his 2018 split from the band, Buckingham claimed he had been forced out by Nicks. The singer vehemently denied having made the decision to fire the guitarist, who sued for breach of contract. Seeking €12 million in damages, the guitarist claimed to have lost tour revenue which concerned charges of breach of fiduciary duty. According to Billboard magazine at the time, band spokesperson, Kristen Foster said “Fleetwood Mac looks forward to their day in court.”

Despite apparent animosity, Buckingham, who released a self-titled solo album earlier this year, reiterates that he is very much open to a reunion with Fleetwood Mac. “Who knows, maybe we’ll manage to see clear to have one more, nice run out there,” he teased. “That would be the proper way to go.”

However, drummer and co-founder Mick Fleetwood said the band will never reunite with Lindsey Buckingham.

UK Vinyl Spending To Overtake CDs For The First Time Since...