Home News #Budget2019 Anything In It For You? 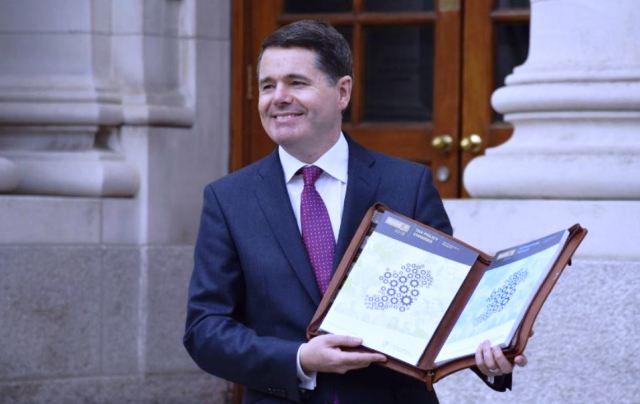 Budget 2019. How was it for you? Any morsels? Can it be described as anything other than conservative? Or do you see advantages and some positives?

He said economic growth in excess of 7% is now expected while forecasts for next year is also expected to increase. €59.3bn will be spent on current expenditure and €7.3bn on Capital spending.

Those who are on the highest rate of income tax and universal social charge will save more than €1,000 as part of tax changes.

However, in a deeply controversial move, no carbon tax initiatives will be included in budget 2019.

In the budget tax details revealed this afternoon:

Health Minister Simon Harris remains confident that abortion services will be in place from January and funding will be provided across community and hospital settings to develop a full range of services within the public health system.

€9m has been allocated to pay for the introduction of HPV tests as well as extending the existing HPV vaccination programme to boys.

An extra €20m goes to the National Treatment Purchase Fund to boost the fund to €75m.

Other health measures include:

€2.4 billion to address the national housing crisis. €1.4bn for the building of new social and affordable homes.

16,760 additional homes will be accommodated under the Housing Assistant Payment at a cost of €121m.

Another €30m has been made available for homelessness services. €8m has been provided to assist the Tenancies Board in implementing tenancy law.

An additional €60m has been provided for local government to cover increased pension and pay costs under national pay deal.

€210 million has been announced for local authorities to build and acquire new homes for social housing.

A further €69m has been provided for the servicing of local authority sites, to assist with the delivery of affordable homes.

€122 million in additional funds have been allocated for investment in the country’s water network.

Social Protection will receive a total of €20.5bn for 2019. The biggest allocation of any sector.

New welfare measures will cost a total of €361m.

The weekly rate of the qualified child increase for children under 12 by €2.20 per week to €34.

The duration of the fuel season is extended from 27 weeks to 28 weeks at a cost of €8.4m. Budgets for the free TV licence and free travel by €5 million each.

#Budget19 is a caring and responsible Budget for a modern Ireland. pic.twitter.com/vcBWSzSTtF

The Government will increase childcare funding by 18% bringing the total allocation to €574m. Overall the Department of Children’s received an extra €127m in funding.

Included in the measures is a loosening of the income threshold for the Affordable Childcare Scheme as follows:

The child and family agency TUSLA, will receive over €30m more bringing their overall allocation to €786m.

That will help hire additional managers and civilians in the force as well as addressing overtime.

Overall, an additional €89m in current spending has been approved as well as a further €76m in capital expenditure.

The criminal legal aid system has and increased provision of €12m.

Just €10m has been allocated to support the ongoing re-structuring of the Department of Justice and to implement the Commission on the Future of Policing in Ireland.