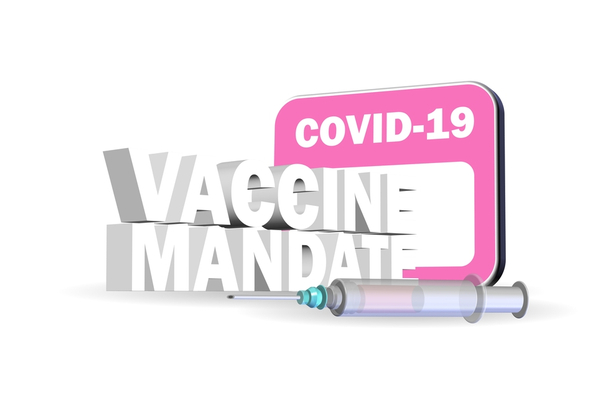 The W.H.O. has claimed that compulsory vaccination would be a last resort in the fight against COVID-19. Speaking on RTÉ radio’s Morning Ireland, executive director of Europe, Dr Rob Butler, called the vaccine mandate just one of many tools in the toolbox.

“Compulsory vaccination can but does not always increase uptake and there are lessons of history here that we have to take into account,” Dr Butler said. “Mandates often come at the cost of trust and social inclusion that can polarise communities, so mandates have to be used with care. It’s a healthy debate to have now. I would say it is our last resort.”

Although there seems to be a blame game doing the rounds, Dr Butler feels that it was no one individual, or policymaker’s, versus community fault. Although he feels that suboptimal rates need to be brought down, “we need to target the populations that are unvaccinated to try and bring the curve down.”

With W.H.O. apparently looking constantly at every age group in real time, Butler feels vaccinating the 45% who are eligible for vaccination will be the bigger challenge. In some countries there were very low levels – that was due to three Cs – complacency, convenience, and confidence, he explained. Some countries did not have confidence in the vaccine or in the authorities that deliver them, he said. There were also issues of access and service delivery in some countries.

Butler feels that Europe’s current wave of COVID-19 is happening for a number of reasons. The projected ‘half a million deaths’ has been estimated somewhat due to the winter cycle and other contributing factors.

“The first is we have this winter seasonality behaviour, of course we’re moving indoors particularly in the Northern Hemisphere, Northern Europe, where mask use, ventilation is going to become all the more important.” Pointing to last week’s British Medical Journal study which had shown a 53% reduction in transmission with mask use: “In the region we see only 48% of the one billion people in the 53 member states of the European region using masks. So, we think there’s a real opportunity to boost mask use to see a real dividend in terms of reducing that projected number of deaths.”

Comments from Dr Butler follow calls from Gerry Horkan to ban unvaccinated people from shops, public transportation, and therefore living normal lives. The Fianna Fáil Senator and Spokesperson on Law Reform has said there should be consideration given to banning the unvaccinated from supermarkets and public transport. The Dun Laoghaire based official feels that the higher the vaccination rate from COVID-19, the lower the death rate. However, this does not match the numbers laid out by HSE (between April 1st 2021 and November 13th 2021) on deaths between vaccinated and unvaccinated people, with a higher percentage rate of vaccinated people losing their lives than unvaccinated.

Six Nations Is Back And So Are The Buns