Home Entertainment Buyer Of Banksy’s Self-Destructive Painting Plans To Go Through With $1.1 Million... 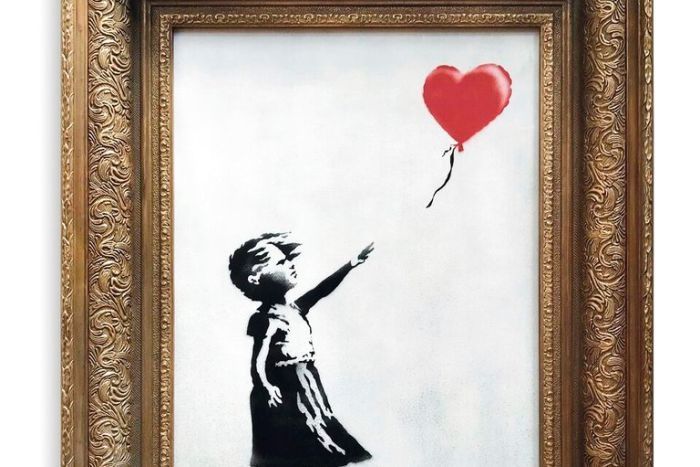 Following the controversy surrounding Banksy shredding his own painting only minutes after it was sold at Sotheby’s Auction House in London last Friday, the buyer claims that she plans on going through with her purchase of the shredded painting.

The ‘Girl With The Balloon’ print is considered to be one of the artist’s most iconic pieces, and was sold for a whopping $1.1 million. Just moments after the sale, an alarm was triggered and the piece was destroyed as a result of Banksy installing a shredder within the frame. However, despite Banksy ruining the piece in order to make an anti-establishment statement, the incident led to the painting earning a new title, ‘Love Is In The Bin’, and is said to go down in art history.

#Banksy has shared video showing how he installed a shredder into a picture frame, which was used to destroy one of his paintings that sold for $1.1 million https://t.co/siSeiF1rQh pic.twitter.com/lvWVoY4Ecf

The female European collector has said that she plans on going through with the purchase, stating: “When the hammer came down last week and the work was shredded, I was at first shocked, but gradually I began to realize that I would end up with my own piece of art history.”

Sotheby’s Head of Contemporary Art Alex Branczik believes that Banksy’s anti-capitalist prank had the opposite effect: “Banksy didn’t destroy an artwork in the auction, he created one. Following his surprise intervention on the night, we are pleased to confirm the sale of the artist’s newly-titled Love Is In The Bin, the first artwork in history to have been created live during an auction.”

Check Out The Latest Trailer From Danny Boyle’s Biopic On The...