Home News Cabinet To Sign Off On Bill To Hold Referendum On The 8th... 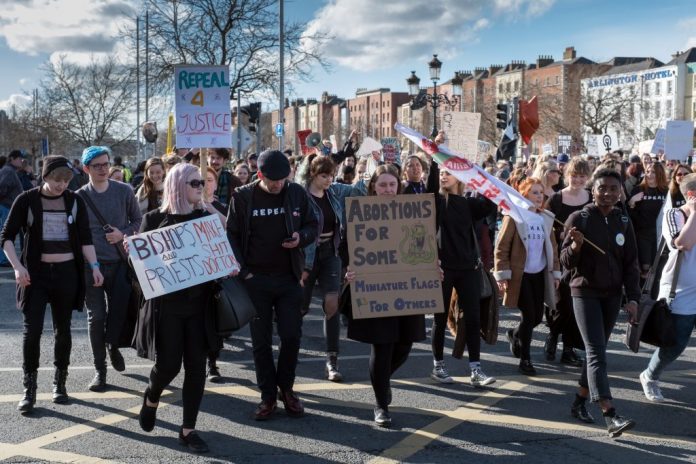 The cabinet meets this morning to sign off on the bill to hold a referendum on the 8th amendment.

It will also get legal advice from the Attorney General on yesterday’s Supreme Court ruling on the rights of the unborn.

The Attorney General will brief the cabinet this morning but it’s understood he has no concerns about yesterday’s Supreme Court ruling that would derail the government’s plans to move towards a referendum on abortion.

That’s likely to be along the lines of ‘To support removing Article 40.3.3 from the Constitution and allowing the Oireachtas to provide for terminations of pregnancy under law’.

Once that’s signed off on it needs to be approved by the Dáil and Seanad before a referendum date is set.

It’s likely the Dáil will sit tomorrow to debate it, and that’s when we’ll get a policy paper from government outlining what laws they want to bring in if the 8th amendment is repealed.

That will include allowing abortion without restriction for up to 12 weeks.

After that period terminations will be allowed in cases of fatal foetal abnormality, or where there’s a risk to the life, health or mental health of the mother. The mother will have to be assessed by two doctors in these cases.

The government is also considering a cooling off period, where a woman will have to wait two or three days after seeking an abortion to think it over before having the termination carried out.