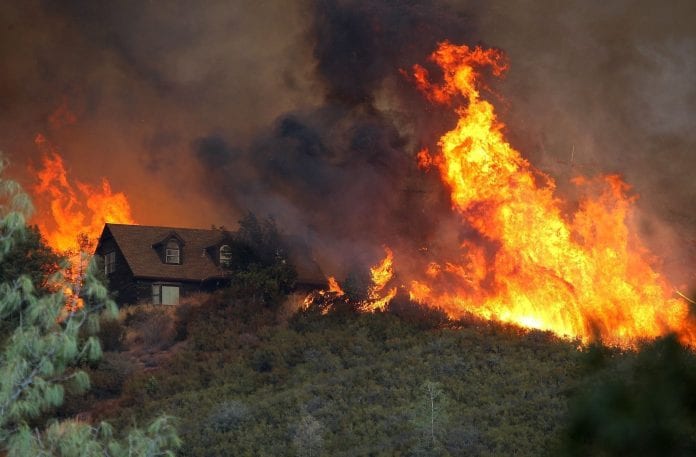 Fifteen wildfires raged across Northern California, with the biggest ones scorching the state’s famous wine country, killing at least 10 people and burning more than 1,500 homes and businesses, authorities said.

The fires burned into the night Monday in California’s wine country destinations — Napa, Sonoma and Mendocino counties — with flames ripping through the lush, picturesque landscape.
According to California authorities, 10 people have died, and the number is expected to grow. Seven deaths were reported in the city of Santa Rosa in Sonoma County, two in Napa County and one in Mendocino County. More than 100 people were being treated at Napa- and Sonoma-area hospitals for fire-related injuries or health issues, including burns, smoke inhalation and shortness of breath. Wildfires were burning more than 485 square kilometres in California..
The fires ignited Sunday night and spread with explosive speed because of dry conditions, Director Ken Pimlott of the California Department of Forestry and Fire Protection said at a Monday news conference. With blazes fueled by strong winds reaching up to 80km per hour, firefighters were dealing with “extreme rates of spread and volatile burning conditions”.
More than 20,000 people have been evacuated, some with little notice.
Advertisement