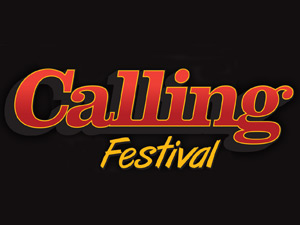 The newly named “Calling Festival” is to take place this Summer on the 28th of June in Clapham Common, South London.

The festival is due to be headlined by none other than Aerosmith with Thunder, Walking Papers and Joe Bonamassa also set to play at the event.

Joe Perry commented: “Speaking for myself I’ve been so involved writing my autobiography I did not realize how long it had been since we have played across the big pond. It¹s been far too long since we have performed in the UK. We can¹t wait to bring back some of the classics as well as some of the new songs from Music from Another Dimension. We miss our UK fans. See you soon.”

The festival has been the subject of a re-branding and location change to give it a fresh look. This year will see the event held at London’s Clapham Common and will have multiple stages with up to forty rock acts performing throughout the two days.

“This year is one of the most exciting on record for the Calling Festival. We’re looking forward to bringing the new look event to Clapham Common, one of London’s premiere outdoor locations. And we’re bringing one of America’s most iconic bands to headline Saturday 28 June. There’s still lots of announcements to come, including a big Sunday night headliner, and we’re excited at what’s in store.”

The festival has had many top class headliners in the past with the likes of Bon Jovi. Neil Young, Bruce Springsteen, The Who and Paul McCartney and more alike gracing the stage. And this year looks to be no different with American Rock legends Aerosmith Headlining the event.

There are more announcements to follow regarding artists that will be playing so stay with Nova for more news on this story as it comes.

Tickets go on sale on at 9am on Friday (March 7) and are priced at £62.50 plus booking fee. People with south London postcodes will be able to purchase local resident tickets, which will be available on a first come first served basis for one week after general on sale.

The festival will run for two days starting Saturday the 28th of June to Sunday the 29th.