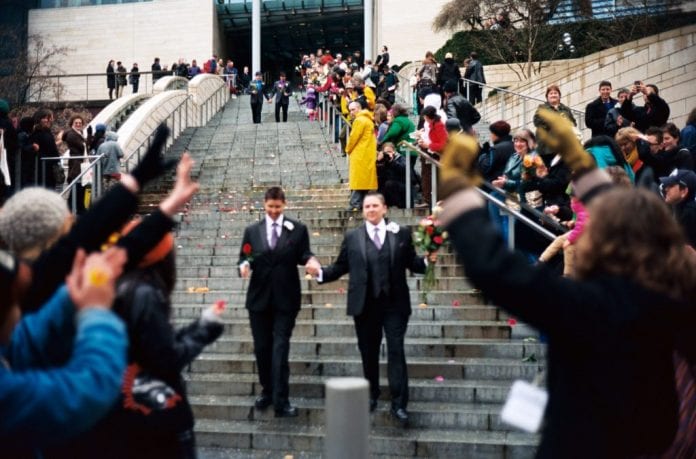 Marriage equality campaigners in Northern Ireland are hoping that they’ll be next to legalise same sex marriage, after last night’s vote in Australia.

The government there is promising to introduce the legislation by Christmas after voters overwhelmingly backed the move. Northern Ireland is the only part of the UK and Ireland which still bans same sex marriage.

Gavin Boyd from The Rainbow Project in Belfast says LGBT couples there feel left out:

“They see everywhere around us – whether that’s England, Scotland, Wales or The Republic. We are entirely surrounded by country and regions who allow same-sex marriage. People who are LGBT in Northern Ireland feel left out – it’s frustrating.”

New Co-Living Developments To Be Banned