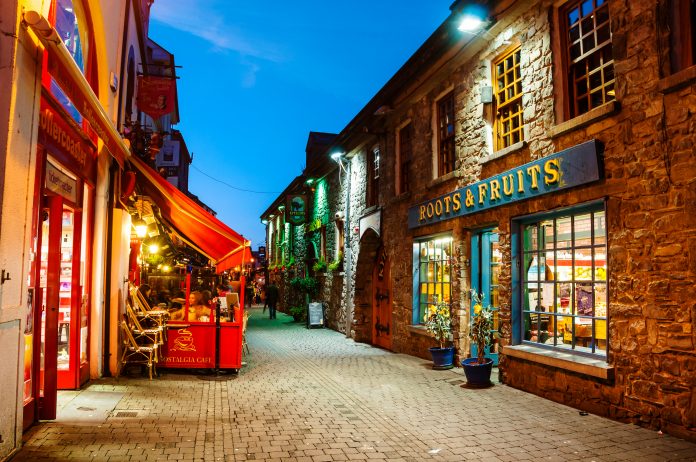 It’s the 25th Anniversary of the ‘Best Little Comedy Festival In The World’!

The Kilkenny Cat Laughs Comedy Festival is back for its silver jubilee and is shaping up to be one of the most exciting line-ups ever – a smorgasbord of quality Irish and International comics for your June Bank Holiday weekend.

We are proud to announce that the weird and wonderful STRAY is back with returning Barry Award Nominees The Bear Pack, improv performers of a near-divine level of inspiration. STRAY will also see the return of the much loved Soho Theatre, London’s most vibrant venue for new theatre, comedy and cabaret featuring an eclectic mix of acts including hip hop maestro Abandoman, the dragtasic La Gateaux Chocolat, Cabaret Queens Kiri Pritchard, Desiree Burch, Lucy Pearman, Jayde Adams & the fabulous AMusical.

After the success of their sold out Vicar St. debut, Dreamgun Film Reads will present their skewed, joke-stuffed & wholly unrehearsed take on cinematic classics. For their special Cat Laughs performance they are set to tackle Spielberg’s classic “JAWS” – will you be afraid to go back into the water?!!

And that’s not all, Karl Spain’s Hilarious Walking Tour, The Adam Hills Chat Show, the much-loved Improv Allstars & a double-header show with online sensations Tony Cantwell and Mawaan Rizwan will all be there.

Kilkenny Cat Laughs are always keen to support up and coming comedic talent.

Find out who’s the next hot thing in comedy at ‘The Rockies’, thanks to our sponsors Coors Light. Six of Ireland’s and the UK’s top up and coming comics will make the pilgrimage to the Cat Laughs in a whole host of venues and pubs across the city.

This year’s acts feature the hilarious EGG fresh from top reviews in Edinburgh Fringe; Just These, Please, who have 22 million views for their sketches online, BBC New Comedy Award 2018 and Scottish Comedian of the Year Stephen Buchanan, Funny Women Finalist Abigoliah Schamaun, and homegrown talent with the gas Ruth Hunter and Shane Daniel Byrne. Each ‘Rockie’ will do a preview with some on the road to Edinburgh Fringe, Dublin Fringe or a further afield and then each will perform in ‘The Rockies Awards’ on Sunday night.

Last years acts Maisie Adam and Sara Barron went on to be nominated for Best Newcomer at the Edinburgh Fringe Festival! Which of this year’s 6 will make you laugh your Rockies off!?

The full programme is now live and tickets on sale at www.thecatlaughs.com