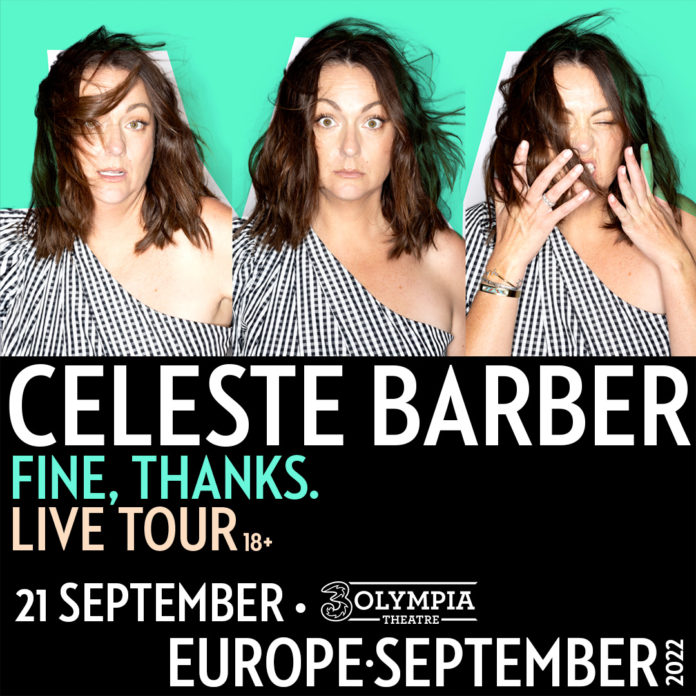 She is currently shooting her Netflix Comedy Wellmania, a new comedic drama series based on the novel Wellmania: Misadventures in the Search for Wellness.

The show centres around human tornado Liv (Barber) and a major health crisis where she is forced to rethink her ‘live fast die young’ attitude. Throwing herself body-first into a wellness journey, she tries everything from the benign to the bizarre in an attempt to get well quickly, and reclaim her old life.

Tickets priced at €30 including booking fee are on sale via Ticketmaster.