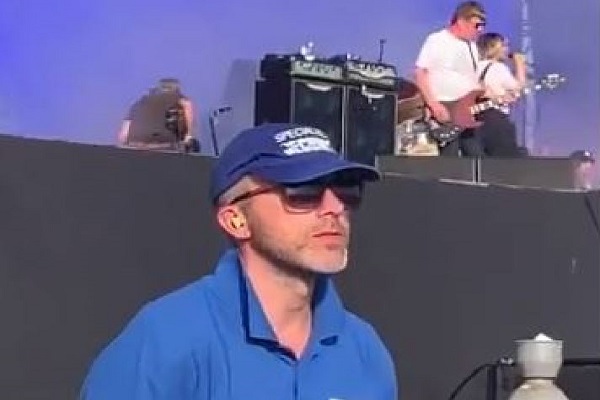 A security guard became a viral superstar after being videoed singing along to one of his favourite bands.

That was at the Charlatans’ Glastonbury show just gone. The singing fan has received an invitation by the indie band to come to one of their gigs with the full VIP treatment!

Kevin Cox was seen by festival fan Alison Dawkins singing along to One To Another as the Charlatans played Other Stage on Friday evening.

Speaking to the PA, Burgess said:

“I saw the clip and guessed that the person must be a fan of the band as he knew the words – even I forget them sometimes. But his job was to face the other way to ensure the safety of the crowd.

As a result, the band has sparked a mission to find Mr. Cox onTwitter. Sharing the video, Burgess tweeted:

“Any chance we could find out who this guy is? We’d like to invite him to a gig where he can watch rather than work.”

Even the security guards like a sing along ⁦@thecharlatans⁩ ⁦@Tim_Burgess⁩ ( posted with permission ) 💪❤️ pic.twitter.com/StEqB1KZoA