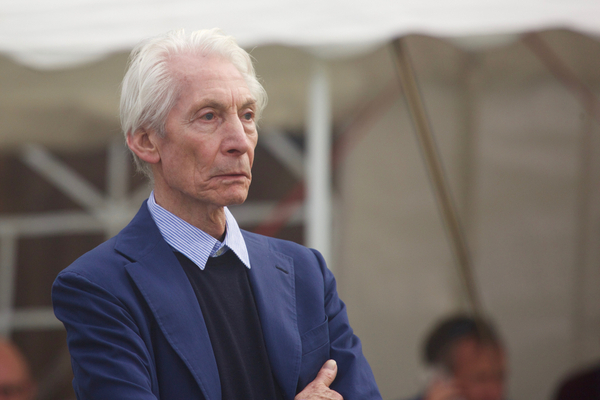 Rolling Stones drummer Charlie Watts has revealed that he won’t be joining the band on their upcoming ‘No Filter’ US tour.

Doctors have recommended “rest and recuperation” for the rock veteran, who turned 80 in June. The procedure is said to have been “completely successful.”

“Charlie has had a procedure which was completely successful, but I gather his doctors this week concluded that he now needs proper rest and recuperation,” a spokesperson said. “With rehearsals starting in a couple of weeks it’s very disappointing to say the least, but it’s also fair to say no one saw this coming.”

“For once my timing has been a little off,” Watts joked in a statement. “I am working hard to get fully fit but I have today accepted on the advice of the experts that this will take a while.”

Watts announced that drummer Steve Jordan would fill in for him on the tour.

“After all the fans’ suffering caused by Covid I really do not want the many RS fans who have been holding tickets for this Tour to be disappointed by another postponement or cancellation,” he said. “I have therefore asked my great friend Steve Jordan to stand in for me.”

Jordan has previously played with Watts’ bandmate Keith Richards on his side project Keith Richards and the X-Pensive Winos. He has also performed with the likes of The Blues Brothers, Stevie Wonder and Joe Cocker, along with being a member of the house bands at Saturday Night Live and Late Night with David Letterman.

“It is an absolute honour and a privilege to be Charlie’s understudy and I am looking forward to rehearsing with Mick, Keith and Ronnie,” Jordan said. “No-one will be happier than me to give up my seat on the drum-riser as soon as Charlie tells me he is good to go.”

Watts has been a member of the Rolling Stones since the band was formed in 1962. Along with Mick Jagger and Keith Richards, he has performed on every single one of their albums.

The No Filter tour was originally scheduled for summer 2020 but was cancelled due to the pandemic. It will now kick off in St Louis, Missouri in September and conclude in Austin, Texas in November.

Watts’ bandmates Mick Jagger, Keith Richards and Ronnie Wood have all shared messages of support for the drummer. They also thanked Jordan for picking up the drumsticks.

“We really look forward to welcoming Charlie back as soon as he is fully recovered,” Jagger posted on Instagram. “Thank you to our friend Steve Jordan for stepping in, so we can still play all the shows for you this fall.”

“This has been a bit of a blow to all of us, to say the least and we’re all wishing for Charlie to have a speedy recovery and to see him as soon as possible,” Richards wrote on Twitter. “Thank you to Steve Jordan for joining us in the meantime.”

This has been a bit of a blow to all of us, to say the least and we’re all wishing for Charlie to have a speedy recovery and to see him as soon as possible. Thank you to Steve Jordan for joining us in the meantime. https://t.co/dJbo8D2hRW

“I will miss Charlie on our upcoming tour, but he told me the show must go on,” Wood wrote on Twitter. “I’m really looking forward to Charlie getting back on stage with us as soon as he’s fully recovered. A huge thank you to the band’s old friend Steve Jordan for rockin’ on in Charlie’s place, and on his drum seat for the autumn tour.”