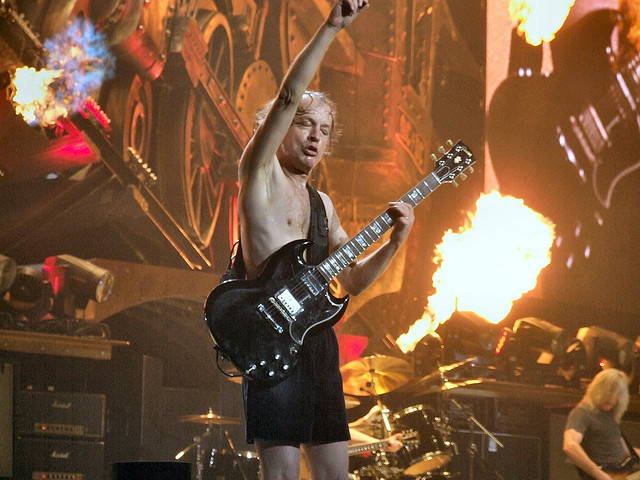 The countdown’s on to their Aviva gig this summer and AC/DC have revealed their next single.

‘Rock The Blues Away’ will be the next offering from the Aussie rockers after they released ‘Rock or Bust’ and ‘Play Ball’ off the Rock or Bust album – their first without rhythm guitarist Malcolm Young who’s suffering with dementia.

The lads went down a storm when they played at the Grammy awards in L.A. last month with their former drummer Chris Slade back behind the kit. Slade has now rejoined the band in place of Phil Rudd, whose legal issues led to him taking a break from the band last year.

Rudd was arrested in November 2014 and charged with drug possession and threatening to kill in New Zealand. He’s always maintained his innocence and the fact that he’d be back in the AC/DC fold as soon as he could, but his trial has been delayed until April after his lawyer quit the case.

The new video for ‘Rock The Blues Away’ shows Chris Slade as a permanent fixture behind AC/DC’s drum kit as the band plays an L.A. club.

Liam Gallagher Fears He Got Covid-19 But Had Just Left The...