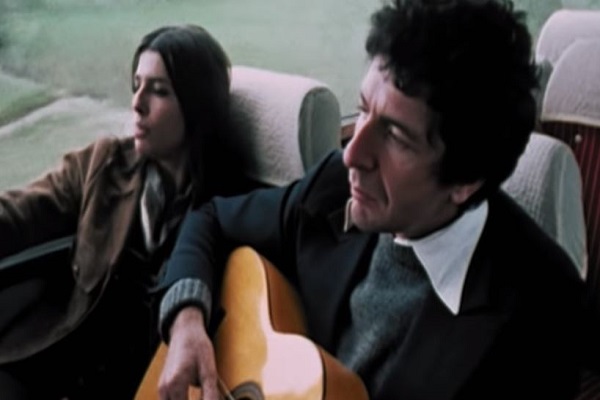 The first promo clip for a new documentary about Leonard Cohen and his musical muse, Marianne Ihlen, has been shared online.

Marianne & Leonard: Words Of Love explores the singer’s relationship with Ihlen, who became the inspiration for such songs like ‘So Long, Marianne’.

The film chart’s the couple’s initial meeting on the Greek island of Hydra in 1960 and the life they led in a bohemian community.

The trailer also comprises of an excerpt from a letter Cohen penned to Ihlen just before her passing, in which he said:

“Dearest Marianne, I’m just a little behind you – close enough to take your hand.”

The documentary contains unseen footage delivered by both Broomfield and the documentarian D.A. Pennebaker. The film is set to get a stateside release on July 5.

According to The NME, Last year, Cohen’s son Adam revealed he was working on an unfinished collection of tracks by his father:

“I was tasked with finishing a few more songs of his that we started together on the last album, so his voice is literally still in my life,”

He concluded that the material “resembles his older work, something more romantic.” A release date for that album has yet to be announced.