Advertisement
Home Music News Check Out The Trailer To New Revealing Beatles Doc For Their Big... 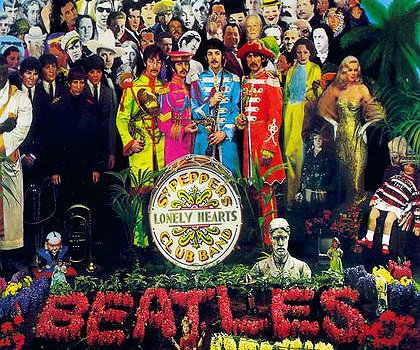 The Beatles will celebrate the 50th anniversary of their ground-breaking album Sgt. Pepper’s Lonely Hearts Club Band this June. A new documentary is set to be released to mark the occasion.

The film titled, ‘It Was 50 Years Ago Today! – The Beatles: Sgt Pepper & Beyond’, was directed by Alan G Parker and will hit UK cinemas on 3 May 2017, followed by a DVD release on 3 July. An Irish release date hasn’t been confirmed yet, but we’d imagine it would surely tie-in with the anniversary.

The doc will examine the legacy of the stand out concept album, the band’s disillusionment with touring and the controversies that defined the 60s generation – from drugs to blasphemy. Check out the trailer below.

Beatles fans will be delighted that the big anniversary is being marked in a few different ways, the band will also also releasing several reissue packages of the album. A new stereo mix of the album will be available as a single CD and as part of every other package from May 26th.

The band’s home city of Liverpool is also holding a week long big bash for its most famous sons this summer.

For more info on the new documentary check out the website, WWW.50YEARSAGO.COM