Home Sport Chelsea Are In The FA Cup Final After Defeating Southampton! 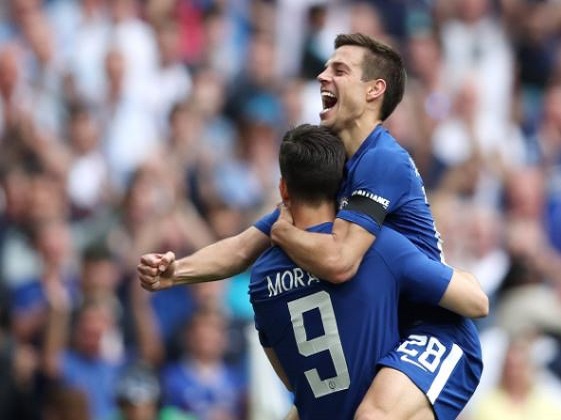 Chelsea have secured their place in the FA Cup final after beating Southampton at Wembley. They won 2-nil, to set-up a decider with Manchester United back at the national stadium next month.

Forwards Olivier Giroud and Alvaro Morata got the goals for last season’s runners-up.

‘That’s how we play semi-finals’ 👌@HazardEden10 has a message for @ChelseaLFC ahead of tonight’s game at Kingsmeadow… pic.twitter.com/rNnMYTVaV5

Meanwhile, in the Premier League Arsenal defeated West Ham 4-1 at the Emirates. West Ham remain just six points above the relegation places. Alexandre Lacazette scored a brace for the Gunners and there was a goal each for Nacho Monreal and Aaron Ramsey.

Marko Arnautovic was the man to score for the Hammers. It was the first game Arsenal played after manager Arsene Wenger announced he’s leaving the club at the end of the season.

Rafa Nadal Is Through To The Fourth Round Of The French...