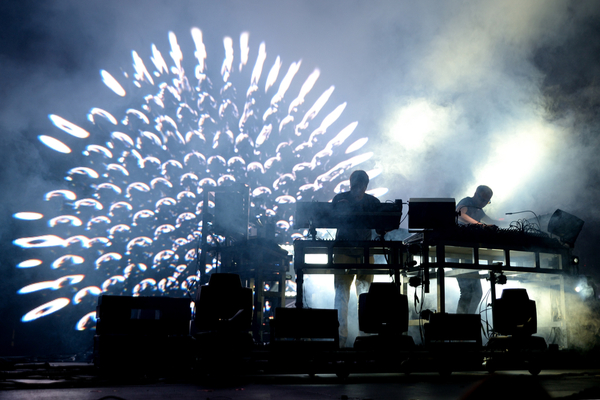 The Chemical Brothers have just announced a headline show at the 3Arena this year! The electronic band will be hitting up several countries this year as they embark on a European Tour.

Stephen Bodzin and James Holroyd will be joining the band on October 29th where The Chemical Brothers will mark their Irish return.

For 20 years The Chemical Brothers have redefined the idea of live electronic music, and in that time their live shows have evolved from humble beginnings in London nightclubs into one of the most in demand festival headline sets around the world.

Get in the mood for @ChemBros' new live tour with this week's #FridayFlashback! Here’s “Star Guitar” from the 2012 concert film, 'Don’t Think'. Recorded at the iconic Fuji Rock Festival in Japan & directed by Adam Smith: https://t.co/epnVkFEDoB

All the while, they have stuck to what they know best by adhering to the same basic idea; gigs should create their own transcendent audio/visual space where the audience can lose themselves for the duration of a set.

The band’s most recent album Born In The Echoes became their sixth consecutive number one in the UK and you can be guaranteed they’ll also bring a complete visual show to the 3Arena too.

Tickets go on sale this Friday, May 25th at 9am; tickets are €49.50 inclusive of booking and facility fees via ticketmaster.

However, you don’t have to wait – you also have the chance of winning tickets right here with Radio Nova! Pat Courtenay will be giving away a pair of tickets on Drivetime Tuesday evening, while Greg Gaughran will be going mad – giving you the chance to win a pair on his show Tuesday, Wednesday AND Thursday!