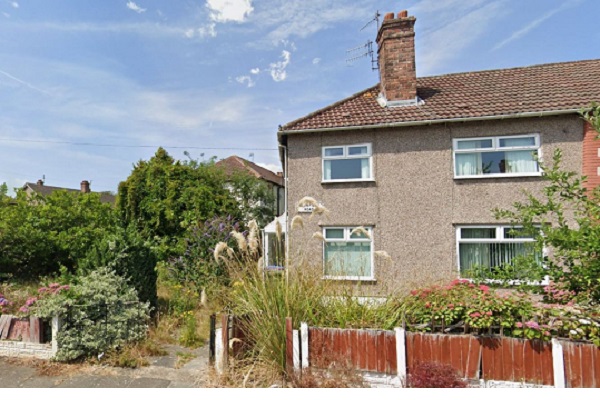 The childhood home of the late Beatles’ singer John Lennon has been sold for almost £300,000 at an auction.

Located at 1 Blomfield Road, in Allerton, Liverpool, the house was offered by music specialists Omega Auctions. They also sold the home of another Beatles star George Harrison for £171,000 last November.

John Lennon’s home was purchased by a bidder for their daughter, a keen Beatles fan apparently, for £279,000 to be precise.

Fondly remembered by John Lennon’s family, the house was also used by the singer’s first band The Quarrymen for rehearsals. It has also been credited with playing an integral part in the musical developement of both John Lennon and Paul McCartney.

Auctioneer for Omega Auctions, Paul Fairweather described this purchase as a “huge historical moment”, as the property was much sought after.

“This is a significant property in the history of The Beatles, famously a sanctuary for John and Paul in their Quarrymen days to come and rehearse without fear of noise complaints and to listen to the Rock `n’ Roll records that inspired them”, Fairweather stated.

“We’re very pleased with the final selling price and are excited to see what plans the new owner has for the house”.

Omega Auctions certainly have been busy.

Earlier, we brought you the news that handwritten lyrics by David Bowie for his track Starman were also sold at an Omega auction. The winning bid was £200,000.

“We had almost unprecedented interest from around the world for this historic piece of memorabilia”, Fairweather said of this. “We had five telephone lines in operation for the sale as well as bidders online and in the room”.

“We’re very pleased with the incredible price achieved and are sure the lyrics will be rightly prized and treasured by the winning bidder”. There is more on this story from Nova here.

Earlier this month, it also emerged that Mark Chapman who fatally shot John Lennon in 1980 saw his application for parole denied for the 12th time.