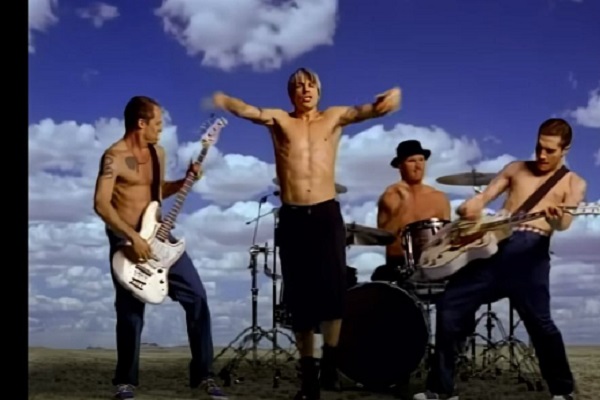 The single which is the title track of the band’s album from 1999, has sold 16 million copies worldwide, making it Red Hot Chili Peppers’ most commercially succesful album to date.

The track also played a key role in the album reaching number one in Sweden, Finland, Austria, New Zealand, as well as being a best selling track in Germany.

Directed by Valerie Faris and Jonathan Dayton, ‘Californication’ shows the Chili Pepper’s band members inside a fictional video game, with each musician on his own California-based adventure.

In fact, the video is so iconic that game developer Miguel Camps Orteza created a video game, inspired by the orginal music video.

Each player can play as one of the four band members through several levels. You can download the game for yourselves here.

The track was also included on the band’s latest album Return Of The Dream Canteen’, which arrived in October.

“Sometimes we don’t realize how deeply affected and connected we are to artists until the day they die. Eddie Van Halen was a one of a kind”, Red Hot Chili Peppers’ frontman Anthony Kiedes said.

“The day after his death Flea came into rehearsal with an emotional bassline. John, Chad and I started playing along and pretty soon with all our hearts, a song in his honor effortlessly unfolded. It felt good to be sad and care so much about a person who had given so much to our lives”.

Are These The Worst Eurovision Performances Ever?