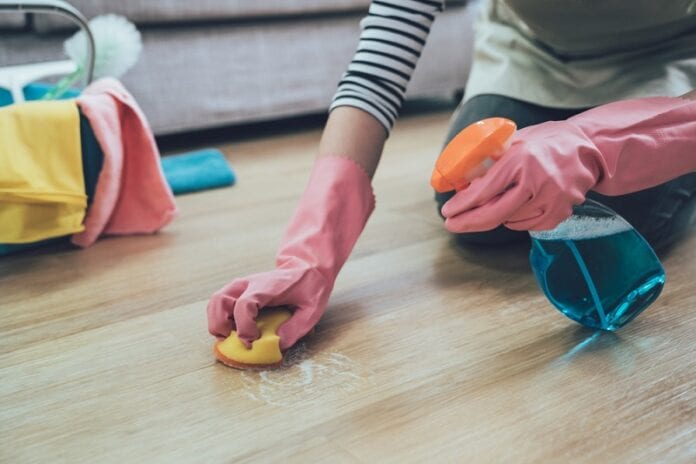 A Chinese court has ordered a man to pay his ex-wife thousands in compensation for unpaid housework during their marriage.

A Beijing court has order a man named Chen to pay his ex-wife Wang, more than €6,300 for years of housework she carried out.

It has been described as a landmark case as a new civil code was recently introduced in China.

Under the new civil code, divorcing spouses have the right for the first time to request compensation if they carried out more responsibilities at home.

Wang told the court that during their five year marriage she “looked after the child and managed household chores, while Chen did not care about or participate in any other household affairs besides going to work.”

According to a court statement from February 4, Wang filed a claim for extra compensation for housework and childcare duties.

The court ruled that Wang had taken on more household responsibilities than her ex-husband and that she should receive 50,000 yuan (€6,370) plus sole child custody and an additional 2,000 yuan in child support per month.

However, after local media reported that she requested more compensation of €20,000, the ruling sparked widespread debate about the value of women’s unpaid domestic work in China.

According to RTÉ and the BBC, a related hashtag to the case received more than 570 million views on Chinese social media website, Weibo.

Many users were upset at the amount of compensation issued to Wang.

“I’m a bit speechless, the work of a full-time housewife is being underestimated. In Beijing, hiring a nanny for a year costs more than 50,000 yuan” said one user.

While many users called on men to do more work around the house.

According to a judge presiding on the case, the amount of money issued was based on the length of their marriage and “the effort Wang put into housework, Chen’s income and the local cost of living.”

It is higher than the average in OCED countries where women do twice as much unpaid work than men.

This is a startling figure as the Covid-19 pandemic has only worsen the inequality between men and women. For more on this, check out Radio Nova’s report on wealth in the pandemic here.

Divorces have surged in China over the past two decades as laws have become liberal and women have gained more independence and financial wealth.

This is a concern for the Chinese Government as they are trying to boost birthing rates in the country which has a huge significant ageing population.

Rolf Harris Investigated For Walking On To School Grounds