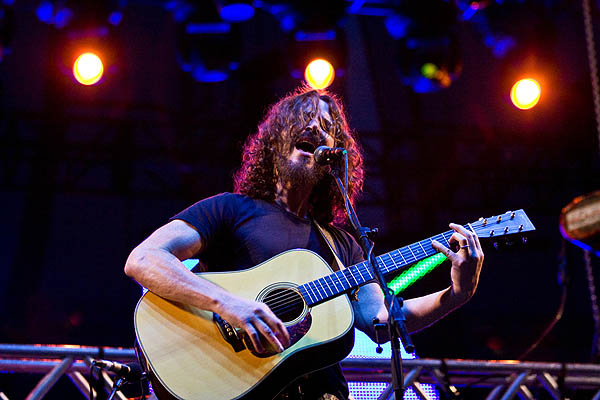 Chris Cornell has released a lyric video for his new single ‘Nearly Forgot My Broken Heart’. It is the lead single from his upcoming new album Higher Truth which releases later this year.

The album is due out September 18th, which Cornell began recording back in January with producer Brendan O’Brien. It had to be put it on hold for a bit as he joined up with Soundgarden in Australia, as they performed at the Soundwave Festival. Eventually he finished working on the album in March.

In support of the new album Cornell will embark on a 6-week theater tour of North America, playing a mix of material that spans his whole career. This will be followed by a series of shows across Australia and New Zealand in November.

Supposedly after he is finished his solo tour, Cornell will be regroup with Soundgarden to work on new material sometime in 2016. You can check out his new lyric video down below.