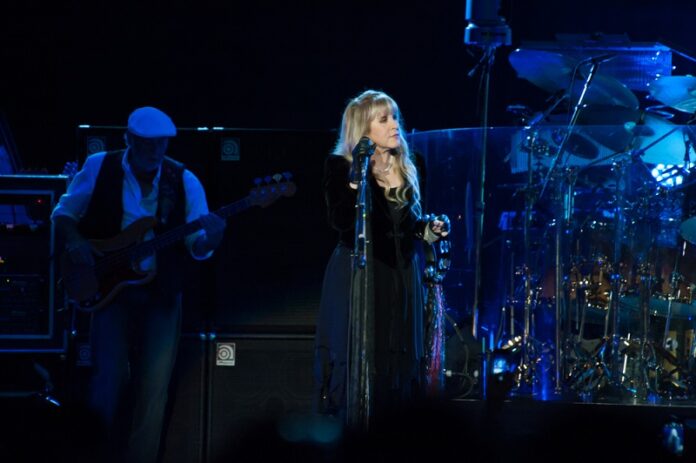 Christine McVie has said that she doesn’t think Stevie Nicks will tour with Fleetwood Mac again.

McVie was speaking in an interview on BBC radio. She said the question of ever touring with Fleetwood Mac again is “an impossible question to answer”.

“If we do, it will be without John (McVie) and without Stevie, I think.”

“I think I’m getting a bit too old for it now, especially having had a year off. I don’t know if I can get myself back into it again.”

“I know Mick (Fleetwood) would do it in a lightning strike. But I couldn’t possibly say. We’re certainly not touring this year either.”

“(John) is feeling a little bit frail. You know he was ill. He’s fine, but he just hasn’t got the heart for it any more.”

“He wants to get on his boat. You reach a certain age where you go: Hey, I’m not going to bust a gut doing this anymore.”

McVie didn’t offer any thoughts on why she thinks Stevie Nicks wouldn’t tour with the band again but she did say “it all looks very nice when you come and see the show, but the work that goes behind it to get to that point is unbelievable.”

Previously, Nicks has said she misses performing. Back in October she said:

“Well, this was meant to be a year off for me, but I was still performing six shows and we probably would have added six more. I do miss it – I don’t feel like myself.”

“I look at these next six or so years as my last youthful years, when I’m going to feel like putting on six-inch heels and dancing across a stage for the world.”

“Because, really, at some point you have to go, OK, you’ll be 80 – just exactly how long can you cartwheel across the world? I don’t have that much time left to be a rock star.”

After Lindsey Buckingham was fired from the band in 2018, Fleetwood Mac went on their ‘An Evening With Fleetwood Mac Tour’ in 2018 and 2019. The band haven’t performed since then and future prospects of seeing the Mac live again are bleak.

Recently, Mick Fleetwood said his cocaine use has left him with a two year memory gap. Check out Radio Nova’s report on it here.