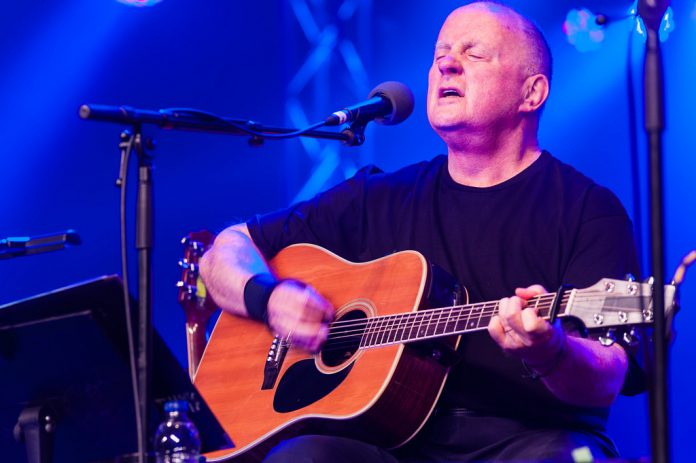 Christy Moore has joined the growing number of people who are asking for a ban on the use of microbeads in products in Ireland.

Moore has a long history of supporting causes in Ireland, often highlighting injustice and fighting for citizens’ rights, along with fighting for environmental issues.

There has definitely been a lot of talk about the damage that microbeads can do to the environment in recent years, but many people are still unaware of the dangers that they pose.

You’ll find microbeads in cream cleansers, exfoliators, and in more products in your home. You know the gritty bits in your exfoliator that seem to leave your skin lovely and smooth? Yep, they’re the culprits. There’s usually about 100,000 of them in a facial cleanser. And they might be there even if the cleanser is smooth in consistency, as they’re used to roughen and smooth products, nonetheless, they’re actually a type of plastic, which are too small to be caught by sewage filtration systems, so they end up in our seas and rivers.

Meaning that not only do fish and marine wildlife end up ingesting the microbeads, we also end up ingesting them through our food and drinks too. Moore has asked the public to sign a petition – which was launched on the Uplift platform, aiming to put pressure on the Irish government, namely our Minister for Housing, Planning and Social Government to ban the use of plastic microbeads in Ireland.

“By shining a light on this issue, it makes it more likely that we will achieve the change we want to see.”

The petition says the following: “72% of sampled Irish drinking water is contaminated by microplastics. Fish that we eat have been shown to have consumed plastics. We are eating and drinking tiny fragments of plastic – this has become a human health issue of massive proportions.”

The Government promised to ban microplastics within a year in 2016, but we are still waiting. Countries all over the world are taking action, and we can too. Eoghan Murphy, it’s time to take decisive action and ban all products containing microplastics!

“We’re asking Eoghan Murphy to follow the lead of other countries across Europe and put in place a ban on the manufacture and sale of plastic microbeads in this country.”

CEO of the Marine Institute in Galway, Dr Peter Hefferman announced on RTÉ recently that Ireland would ban the sale of microbeads by 2018…

If you want to sign the petition, you can do so here: uplift.ie

Sarah Millican Has Added A Fourth Date To Her Irish Tour