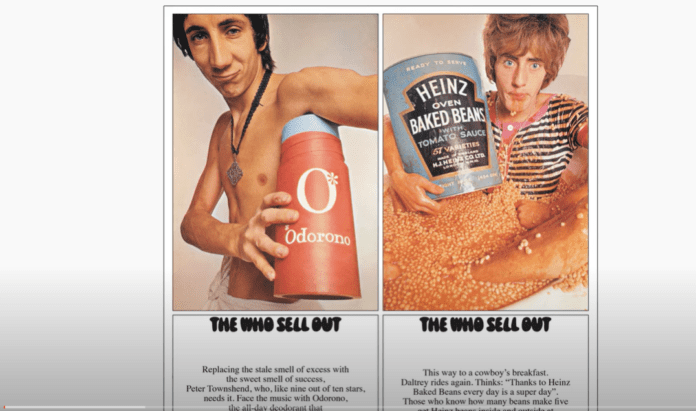 The Who will be rereleasing their classic 1967 album “The Who Sell Out” this April. This piece of work will also include unreleased tracks, studio outtakes, early takes, as well as Pete Townshend’s original demos for the LP.

This super Deluxe edition of the album will be available on April 23rd via UMe/Polydor. It contains 112 songs across 5 CDs and two 7 inch singles. These 7 inch singles also include 46 unreleased tracks.

This news will be welcomed with open arms by fans of the band who received the disappointing news that The Who cancelled their tours of the UK and Ireland this Summer due to the pandemic.

Deluxe edition of The Who Will Sell Out: Disc by Disc

The album’s first two discs are dedicated to both the mono and stereo versions of the original record. It is also dedicated to their respective single mixes, B-sides as well as the bonus tracks taken from the LP’s previous reissues.

Also included in the first disc, is 14 original Pete Townshend demos recorded before The Who Sell Out.

Before this, Townshend cover of “Pictures of Lily” was also released. Other tracks include “Kids! Do You Want Kids” and “Odorono”.

The fourth disc covers the band’s recordings between The Who Sell Out and their 1969 album Tommy. It also contains the unreleased track “Facts of Life (aka “Birds and Bees” backing track)”. This disc is appropriately named “The Road to Tommy”.

What else can fans look forward to with this deluxe?

The two 7 inch singles are “I Can See for Miles” and the Decca pressing of “Magic Bus”.

This edition will feature an 80 page booklet with track annotations and new linear notes penned by Townshend himself. This book also has rare photos, nine reproduced posters as well as a replica The Who Fan Club Letter and much more!

The Who Sell Out will also be released as a two CD set and two LP versions pressed on color vinyl for both the mono and stereo versions and more.