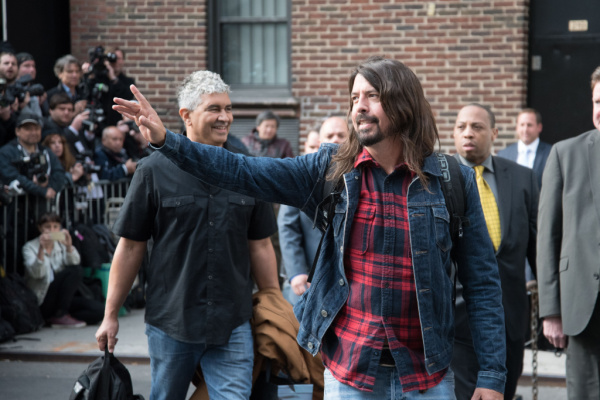 That iconic Dave Grohl drumming intro to Queen of the Stone Age track Song For The Dead has become a recent sensation on TikTok.

The track featured on the band’s 2002 album Music For The Deaf, which also included Grohl, who also performed on their subsequent tour.

This infamous drum intro that Grohl produced has since been covered by a myriad of drummers both professional and amateur.

While some covers are better than others, one thing that is undeniable is how renowned and respected Dave Grohl is as a drummer. Grohl served as sticksman for the band Nirvana until the death of their frontman and friend Kurt Cobain in 1994.

Working drummers who have covered this drumming intro from Grohl, include drums instructor Brandon Toews and Leah Blunstein. You can check these out and more below.

♬ Song For The Dead – Queens Of The Stone Age

Other covers can be checked out here.

Grohl And The Covers

Earlier this year, Dave Grohl’s Foos bandmate and drummer Taylor Hawkins sadly passed back in March. He was 50 years old.

Following this, two tribute concerts were set up in Hawkins’ honour, one in London, the other in LA.

On the second of two shows which took place in LA’s Kia Forum. Among other musicians, Dave Grohl’s daughter Violet also performed at the event.

Taking to the stage, Violet Grohl delivered a moving cover of Leonard Cohen’s classic ‘Hallelujah’. Check that cover out, as well as Nova’s report here.