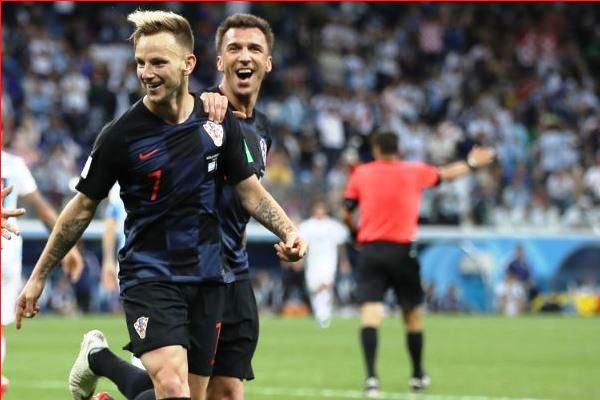 Argentina’s World Cup hopes are hanging by a thread, and now depends largely on what happens in Volgograd this afternoon.

The 2014 finalists were soundly beaten by three goals to nil by Croatia in Nizhny Novgorod last night. La Albiceleste crumbled in a match that featured 33 fouls and seven yellow cards.

Argentina need Nigeria to take at least a point from this afternoon’s game with Iceland to keep alive their narrow hopes of making the last-16.

Last night’s win does seal Croatia’s place in the next phase, and likely as Group D winners.

Argentina coach Jorge Sampaoli has been roundly criticised for his squad selection for the World Cup, opting to leave Mauro Icardi, last season’s joint-top goalscorer in Serie A, off the 23-man squad despite his 29 goals for Inter Milan.

And Juventus’ Paulo Dybala, who scored 22 league goals last term, has also been sidelined, starting both games on the bench.

We caught up with the @Budweiser #ManoftheMatch winner following tonight's result in NIzhny Novgorod.#ARGCRO pic.twitter.com/jQMYkraGNB