Home News Met Eireann Says Cold Snap Will Ease Off By The Weekend! 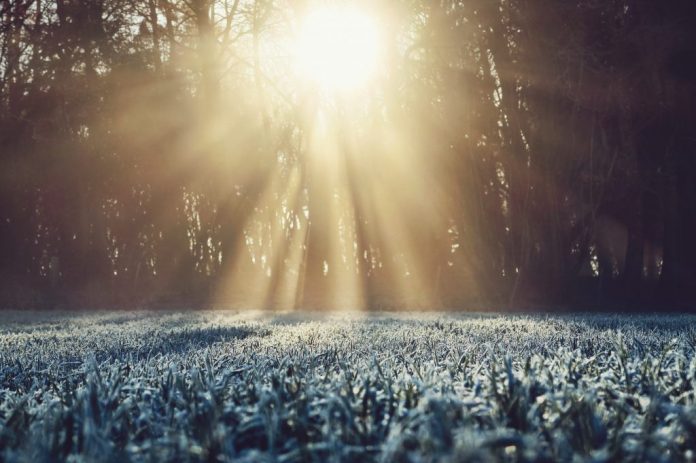 It will remain rather chilly across the capital today, however, there are indications that a warmer weekend is on the way!

It will be cloudy today, and we can anticipate some rain showers early in the day but by the afternoon things are expected to clear. Temperatures are going to reach 8C, but they will dip considerably as we head towards nightfall.

Cloudy in many areas today. Outbreaks of rain & drizzle over the southern half of the country clearing eastwards in the afternoon. Drier further north with some sunny spells & a few showers in the northwest. Highs of 6 to 8°C with light variable or northerly breezes. pic.twitter.com/94Jpx9rROA

Tonight will be a cold one, with temperatures dropping to -2C with frost, ice and even mist developing. Met Eireann says:

“Mainly dry with clear spells. A cold night with lows of -2 to +1 degrees with widespread frost and icy stretches. Winds will be light variable or northerly with some mist patches.”

While the next few days will bring more of the persistent cold, wintry weather in Dublin and the rest of the country, the weekend is already looking better!
Friday will be breezy with some wintry showers about early in northern and eastern parts but mainly dry elsewhere with sunny spells at times. Afternoon temperatures of 6 to 9 degrees.
Saturday will be mild and breezy and mostly dry early in the day, however, strengthening winds will bring persistent rain eastwards during the afternoon and evening. Fresh to strong southerly winds. Highs of 10 to 13 degrees.

Gardaí Appeal To Anyone With Information On The Operation Of Illegal...