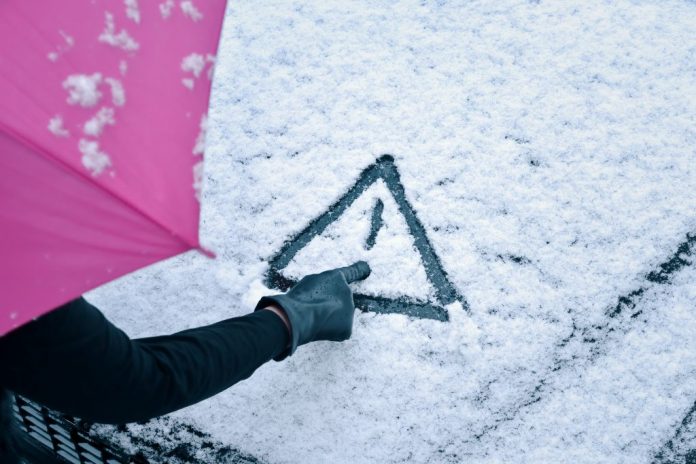 Travel disruption is very likely in some areas this morning because of treacherous weather conditions.

Met Éireann says the west and north will be worst hit but a Status Yellow snow and ice warning is in place for the whole country.

It will remain in place until midnight tonight and more snowfalls are likely during the day especially in the west and north.

Please see our meteorologist’s commentary regarding the coming cold spell on https://t.co/gjN9OKdtdO.

This warning is in effect until 8 pm this evening. Around 3,000 homes and businesses are without power this morning because of strong winds overnight.

The ESB says most of the power cuts affect Donegal and northwestern areas where there were gusts of up to 130 km/hour yesterday. It says crews have been out since first light to restore power.

“Temperatures overnight have dipped down to zero and -1°C in one or two locations and with that, there are some icy conditions across the country at the moment,” said Cathal Nolan, from Ireland’s Weather Channel.

“This is especially so on any untreated surfaces so especially on rural roads. There certainly are some icy patches that have developed so do take care if you are travelling out and about around the country this morning.”

Commuters are warned that there will be travel disruption in places. “Conditions this morning are expected to be pretty bad this morning as there have been quite a number of snowfalls across the country throughout the course of last night.

“That snow is expected to continue in parts of the country, certainly through this morning and into this afternoon.

“Predominantly through parts of Connacht and northwest Ulster but we cannot rule out some isolated parts of snow in midlands areas and parts of inland Munster as well,” said Mr Nolan.