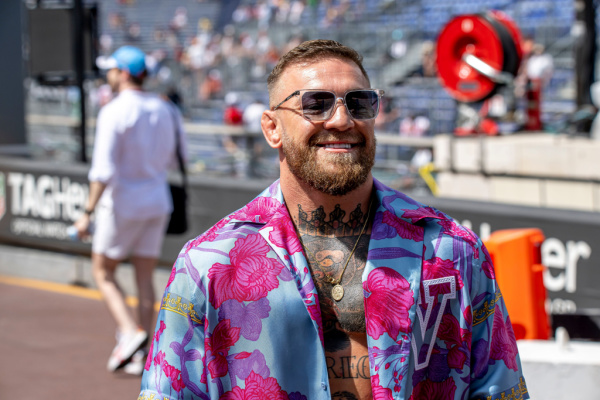 Conor McGregor has taken a pull page advert out of the New York Times, promoting a job opportunity to work with him to promote his Whiskey brand.

Hot off the press! An exciting announcement is coming soon… 👀 #GetAProperJob pic.twitter.com/h3xnVBAZwp

The advert itself, shows the UFC star chilling behind a desk, with the words ‘Get A Proper Job’.

“Do you have what it takes to work for me?”, the advert reads.

“My very own Proper No. Twelve Irish Whiskey is seeking a full-time brand ambassador to spread the good word about our liquid gold across the globe”.

“In New York, I became the Champ Champ, and it’s only deserving this publication is blessed to advertise the job opportunity to the chosen one who will earn this role”.

“Alongside me, you’ll run the show. Taking over social channels, hosting epic events, managing merch drops and pouring and preaching Proper Whiskey – all while being properly paid”.

The ad also concludes by saying, “If you have the minerals, show me and apply in the website below”.

Earlier this year, Conor McGregor had taken to Instagram to announce that his Proper No 12 Whiskey Brand had catapulted through the Irish Whiskey rankings.

“Proud to announce that Proper No. Twelve has advanced it’s positioning in the Irish whiskey rankings this week with another giant leap forward towards our eventual number 1 spot!”, McGregor wrote.

“We are the fastest growing Irish whiskey in all of history and with the latest figures just released, our projections are, to put it lightly, simply unstoppable!”.

He also added, “A credit to our amazingly smooth liquid gold Irish whiskey and to all the people around the world who love and enjoy it! As well as to my amazing company that gives so much back with all our committed work to first responder organizations worldwide!”.

Earlier this year, Conor McGregor had also joked that he was buying Twitter, after Elon Musk’s takeover of the platform was put on hold. More on this from Nova here.

It’s True What They Say – All The Best Things Come...