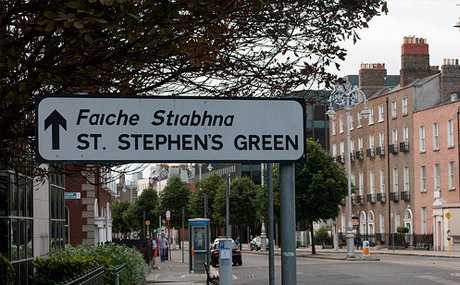 A controlled explosion of school lab supplies has taken place in Dublin’s St Stephen’s Green this morning. It’s after Nitric Acid became unsafe at nearby school.

At around 5 o’clock this morning Gardaí and the army bomb disposal team were called to St Stephen’s Green in the capital. They were tasked with disposing of Nitric Acid from a nearby school science laboratory.

The acid is found in school science departments around the country – it deteriorates overtime and becomes unsafe if it crystallizes. The army says it carries out about 10 controlled explosions on the substances each year. It says this morning’s operation was routine and there are NO safety concerns for pupils.