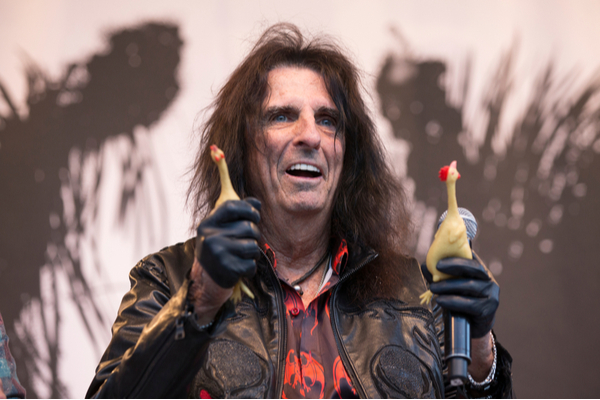 Shock rocker, Alice Cooper has revealed his manager, Shep Gordon refused to take on The Beatles in a new interview. Cooper opens up on the story while speaking on the new episode of Joe Bonamassa’s Live From Nerdville podcast, below.

Cooper recalls being in Shep’s office when the manager received a call from British music’s biggest export, The Beatles. The time life-changing call came through is presumed to be when the rock quartet were looking to rearrange their business concerns.

“He was managing Luther Vandross, Blondie, everybody… Gypsy Kings, Groucho Marx, Raquel Welch,” Cooper said. “He calls me into the office one day and he’s like, ‘Look, everybody’s driving me crazy, except you and Groucho… I want you to be here when I call and resign from everybody.’ I went, ‘Okay.’ I’m sitting there as he goes, ‘Yeah, I think I’ve done enough, I think you can move on…’ We open a bottle of champagne. He says, ‘It’s done – it’s me and you!’ I went, ‘Great!’”

With all ties now verbally cut, “Phone rings. He goes, ‘You’re not gonna believe this… it’s George Harrison”. Shep is asked to represent the Daytrippers, to which Cooper fully encourages, “I went, ‘Do it! You have to say you managed the Beatles!’”

Despite Cooper’s insistence, Shep did not take Harrison up on the offer, instead suggesting “something really wise”. As explained, Shep took a different approach when responding by saying, “I’m not going to manage you. I’ll take care of your merchandise… but I don’t want to be there when Paul and John and Ringo and George are arguing over money. That ruins the Beatles for me for the rest of my life.”

Cooper continues to explain that Harrison “totally” understood Shep’s reasoning, “and so he took care of the merchandise. But you know, the very moment that he resigns from everybody, the Beatles call him!”

Cooper sees ‘deep level of trust’ as the secret of longevity

Reflecting upon his 52-year relationship with Shep, Cooper said the secret is their deep level of trust in each other. The pair never finalised a contract between them, and the shock rocker feels this is the key to the longevity of their affiliation.

“I have never once asked him how much we made on that show,” Cooper explained. “I’ve never once said, ‘How much are we making on t-shirts?’ From the very beginning I said, ‘Look, I don’t want to do business… I’ll do the music and the entertaining, and you do the business, and I’ll never question you.’ And it was all based on that – we’ve never had a contract.”

Cooper made the remark about young bands who break up over arguments on royalties owed to members. He explained, “I talk to young bands… they break up over, ‘Well, he had 12 percent of the t-shirts, and he had 9 percent…’ I say, ‘You shouldn’t even know that! You shouldn’t even know what a t-shirt costs!” Cooper claims he does not know what his t-shirts cost and “I don’t care – I do care that every night that show is dead-on. That’s my responsibility.”

Full of amazing stories, Cooper also recently recalled Jimi Hendrix supplying him with his first ever joint! Read about that, and Hendrix telling Cooper that a vibrating bed was a spaceship, in this article from last month.

Are You Going To The Killers And Franz Ferdinand At The...

The Weekend Round Up – Aslan, Coldplay, Pixies And More!