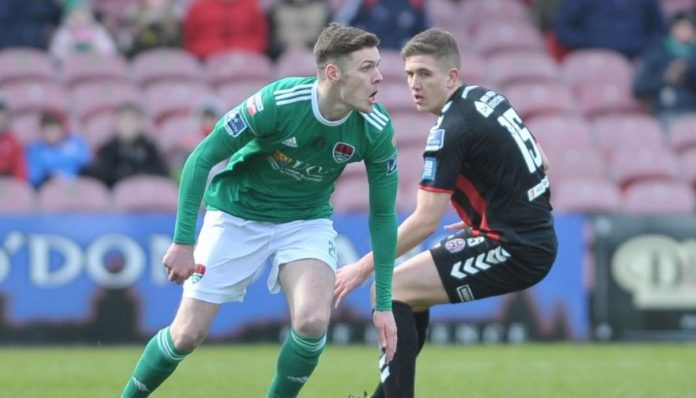 In the SSE Airtricity League Premier Division Cork City have gone four clear at the top. John Caulfield’s cruised to a 3-0 win against Bohemians at Turners Cross.

Graham Cummins broke the deadlock for the Leesiders on 18 minutes, before Kieran Sadlier doubled the lead from the penalty spot shortly after. Karl Shappard scored the third late on.

In the first Division, Athlone Town remain rooted to the foot of the table, they were beaten 2-1 at home against Cabinteely.

Meanwhile In Other Football News,

Ashley Young has had his Manchester United contract extended by a further year. The club have triggered the one year extension option in his deal, which had been due due to expire this summer.

UEFA say they’ll be taking no action against Arsenal’s Danny Welbeck for allegedly diving in their Europa League victory over AC Milan. There were suggestions the striker went to ground too easily as he won and then scored a penalty in their 3-1 triumph over the Italians last week.

Arsenal went through to the quarter-finals 5-1 on aggregate.