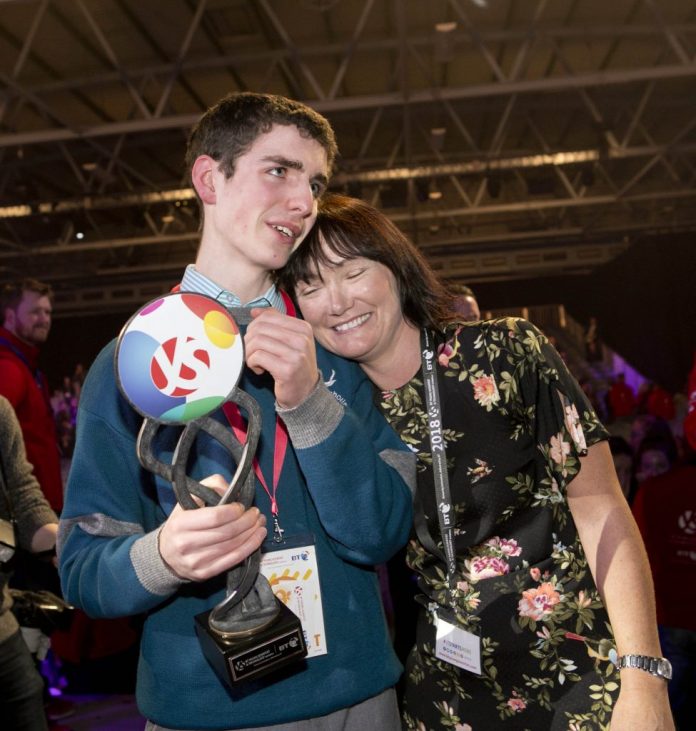 The winner of the BT Young Scientist Exhibition says there are “no words in the English language to describe how he feels”.

15-year-old Simon Meehan from Coláiste Choilm in Ballincollig, County Cork was crowned the winner last night for his project about the medicinal use of plants to fight illnesses.

As well as the trophy and a cheque for €7,500, he’ll go on to represent Ireland at the EU Contest for Young Scientists in Dublin this September.

Simon says he hopes his project can mean ‘survival’ and create ‘antibiotic resistance’.

The winner of the 54th BT Young Scientist & Technology Exhibition is SIMON MEEHAN TY Student from Colaiste Choilm in Cork for his project entitled “Investigation into the Antimicrobial effects of both aerial & root parts of selected plants against Staphylococcus aureus” pic.twitter.com/agaSEZrK6T

The 16-year-olds from St. Brendan’s College in Killarney won for their project about ‘conformity and how minorities influence it’.

They looked at how one person can influence the behaviour of others through a unique approach to studying group dynamics.

Homeless Workers Followed Out Of Dublin Park In Fear Of Their...