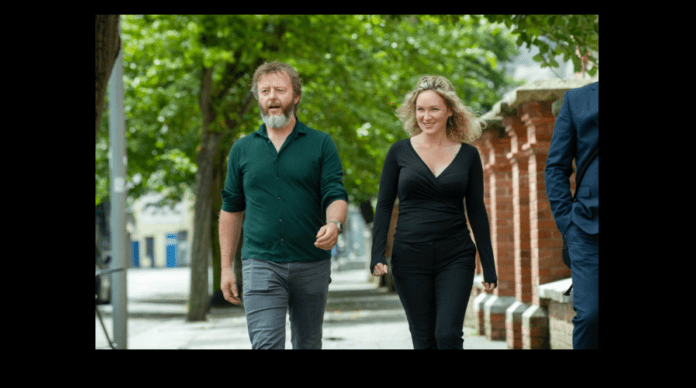 A married couple who bought PPS Numbers from homeless people to defraud banks of almost €400,000 have been jailed.

The married couple, Keith Flynn and Lyndsey Clark who are both sollicitors, wore wigs as they created 80 accounts, using 60 false identities to take out personal loans from 16 banks and Credit Unions.

The court also heard that the victims had no idea that they were being scammed until the Financial Crime Unit in Bank of Ireland became suspicions of activity in six accounts. Gardaí were susbequently informed.

The Cork couple pleaded guilty to conspiracy to commit fraud over and 18 month period.

Keith Flynn was sentenced to four years in prison, with Lyndsey Clark receiving two years due to her personal circumstances.

€100,000 and €394,804 was recovered at the couple’s apartment. Gardaí also found laptops and wigs that were used for disguise at the place.

Det Garda Alan McCarthy also told court that the defendants co-operated fully with Gardaí. He also added that they were solely motivated by financial gain.

“Asleep at the wheel”

Prosecuting barrister, Siobhan Lanksford said that that Flynn and Clark were essentially running an “identity factory”.

She also added that without their guilty plea, it would have taken a “Herculean task”, considering the amount of documentation involved.

The couple were “both guilty”

When sentencing, Judge O’Donnabhain praised BoI for uncovering the fraud. But he added, “The rest of them were asleep at the wheel”.

On the couple, the judge also said, “It was thought out. It was complex. They are completely culpable”.

“They are both highly educated well established persons and are both guilty of criminal deviousness”.

Heinz Are Joining The Fight Against Sugar Consumption