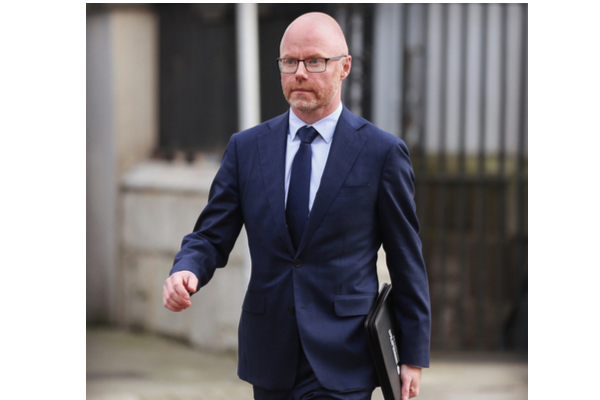 Health Minister Stephen Donnelly has promised that all Covid-19 lockdowns will end forever by February 2022.

Donnelly made this promise to the Dáil yesterday. He said that February 2022 will be the latest possible date that Irish people will have to live with Covid restrictions.

This means that there can be no more lockdowns allowed after that date. There will be no powers in law to enforce them.

This also comes after Donnelly was criticised by some TDs which included Leas Ceann Chomhairle Catherine Connolly. They accused Donnelly of trying to bring in “rolling sunset clauses”, which would see the end of lockdowns left open-ended in legislation.

Powers “Do not sit easy” – Donnelly

Stephen Donnelly has proposed that lockdown laws are extended to November 9. The current legal end date is June 9.

He insisted that this proposal is to ensure that the government do not have to go back during the journey out of lockdown. They want to ensure that when places and business reopen, it is safe for them to remain that way.

Donnelly acknowleged that the powers “do not sit easy”, but insisted that they are “neccessary”.

“I have reflected on the debate and the view of the health committee within the wider context and whereas the initial five-month extension is warranted, necessary and proportionate”, Donnelly said. “I understand the concerns that have been raised about possible additional extensions after that five-month period”.

He added that he had “decided to seek Government approval to amend the Bill on Committee Stage to provide for just one further extension of no more than three months, subject to a resolution of both Houses of the Oireachtas”.

He also added, “This Government wants to lead our return to normality as quickly as possible. Importantly, we want to do so safely”.

“We want to make sure that we do not go backwards or need to reintroduce measures”.

“The responsible thing to do”

Stephen Donnelly insisted that continuing with these measures until that date will ensure the country’s safety against Covid-19 as the vaccine continues to be rolled out.

He also called it “the responsible thing to do”.

“In conclusion, I welcome this opportunity to provide an overview of some of the key provisions in the Bill”, he said.

“I look forward to discussing the Bill in more detail on Committee Stage, and to listening to colleagues’ contributions during this Second Stage debate”.

“The Government believes that ensuring the continuation of these measures is the responsible thing to do and I commend the Bill to the House”.

Earlier this month, Stephen Donnelly had said that he hopeful of “indoor pints” returning in July.

The Health Minister also tweeted that half of the adult population will receive their first dose of the vaccine by the end of the week.

A truly national effort. Despite the challenges with supply and the criminal attack on IT systems, by the end of this week we will have half our adult population with at least one dose of a COVID-19 vaccine. @HSELive @AmbulanceNAS @defenceforces #ForUsAll pic.twitter.com/dptUeSHgQi