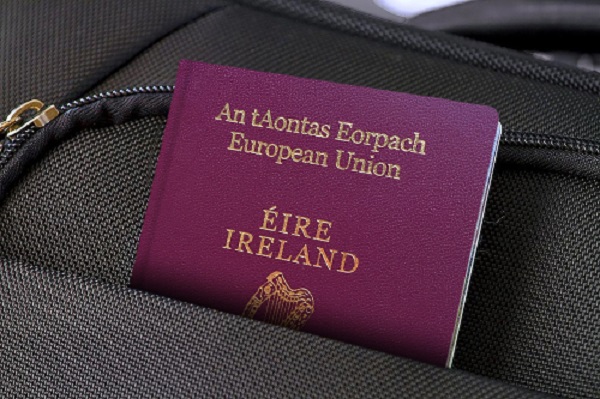 It has been suggested that the government should develop a passport Covid stamp to demonstrate vaccination against the virus. Last night, Fianna Fail MEP, Billy Kelleher called on the Department of Foreign Affairs to initiate negotiations at EU and WHO level on developing the initiative.

There is to be an estimated 50 million doses of the first batch of Pfizer’s vaccine and it could be rolled out to vulnerable populations across Europe as early as next month.

“Once this happens, we need a standardised system whereby travellers can demonstrate they have received the vaccine, and are therefore not required to self-isolate or quarantine upon entering different countries.

“At present, the WHO issues the Carte Jaune — Yellow Card to show that vaccinations against certain communicable diseases, such as the Yellow Fever virus, have been administered.

The Ireland South MEP thinks this “is the basis of a future system.” However, he does think that it must be a part of a passport, and not just a separate document. He believes a standardised, and internationally recognised system “is of vital importance.”

With significant progress being made on covid vaccines, Mr Kelleher thinks we need to make sure that the systems needed to help life return to normal, including overseas travel, are prepared well in advance.

“Ministers Coveney and Byrne should be the ones to start these negotiations at international level. Ireland, as an island nation, is heavily dependent on air and sea travel. Add in our dependence on international tourism and it is abundantly clear we need to make travelling, when safe, easier.”

The mRNA technology used in a number of potential Covid-19 vaccines could be deployed to treat other diseases such as cancer.

Luke O’Neill is a Professor of Biochemistry at the School of Immunology at Trinity College. Speaking yesterday to RTÉ’s Brendan O’Connor, Professor O’Neill believes there is “grounds for lots of optimism” over the Covid-19 vaccines being developed.

Brendan asked Professor O’Neill if Ireland was “counting our chickens” too much over a Covid vaccine. To which, he replied: “I don’t think so.”

The pair discussed US pharmaceutical giant Pfizer stating that their Covid-19 vaccine was 90 per cent effective.

“Of course, it’s a press release as I’ve said one thousand times,” said Professor O’Neill. “I need to see the data and the science. But they wouldn’t be releasing this unless they knew it was really good.”

He added: “It’s looking very good and even more importantly, in a way, there’s at least two other vaccines very similar to Pfizer’s one, which are being tested as we speak.”

Parts Of Sandymount Village To Be Pedestrianised This Summer For Outdoor...